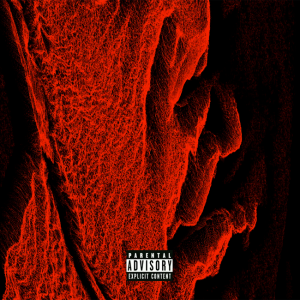 It’s been six months since Ibn’s critically acclaimed New Wave mixtape dropped, and without delay he releases the sequel aptly titled, New Wave 2. For those who may not be familiar, hailing from the Altgeld Gardens projects in Chicago, Ibn’s main appeal is being the “Yeezus before Yeezy”. With very heavy, dark lyrics in both tone and subject matter Ibn’s first project, GawdsSpeed, centered on creating a sound epic enough to be compared to Kanye’s genre-pushing and polarizing Yeezus. But, Ibn’s brilliance didn’t come from being shaped by the sound of Kanye’s magnum opus, but arguably influencing it. Ibn’s GawdSpeed being released in Febuary 2013, and Yeezus being available to the masses June of that same year lead many to believe that Ye may not have been the one who solely paved the way to hip-hop’s new evolution.

New Wave 2 continues Ibn’s titanic sound by producers such as Elanexus , E.N.O.N Jacobs, Kelly Myers, PGMW and more, practiacally giving him movie scores to rap over. Halfway through the mixtape I became immersed in it’s world feeling as if I was in a movie or better yet an anime — there are little easter eggs too if you listen closely.  The layers upon layers of sounds, instruments, samples, transitions, and voices can become overwhelming at first, but digging deeper into the crust you begin to see the process behind New Wave 2. Pacing and structure show purpose, while Ibn’s lyrics force himself into each track matching the different moods, and intensities each song conveys.

Ibn’s sound is original, but can become repetitive, making some songs stand out because of their contrast with the rest of the project. Also, lyrically, unlike Kanye, he has not begun to transition and organize his flow to give his words the weight he is looking for, leading to some songs seeming too long or tracks blending together. These critiques though are things many artists deal with when growing, and with time and exposure will transition into something that’s beautifully unexpected.

New Wave 2 is a continuation of an evolution in not only hip-hop but an artist named Ibn Inglor, so grab the project below, cause you’d be a fool to miss out on this wave! *corny, I know*

The mixtape and two singles can be downloaded below…

Below are a couple of singles off the mixtape…