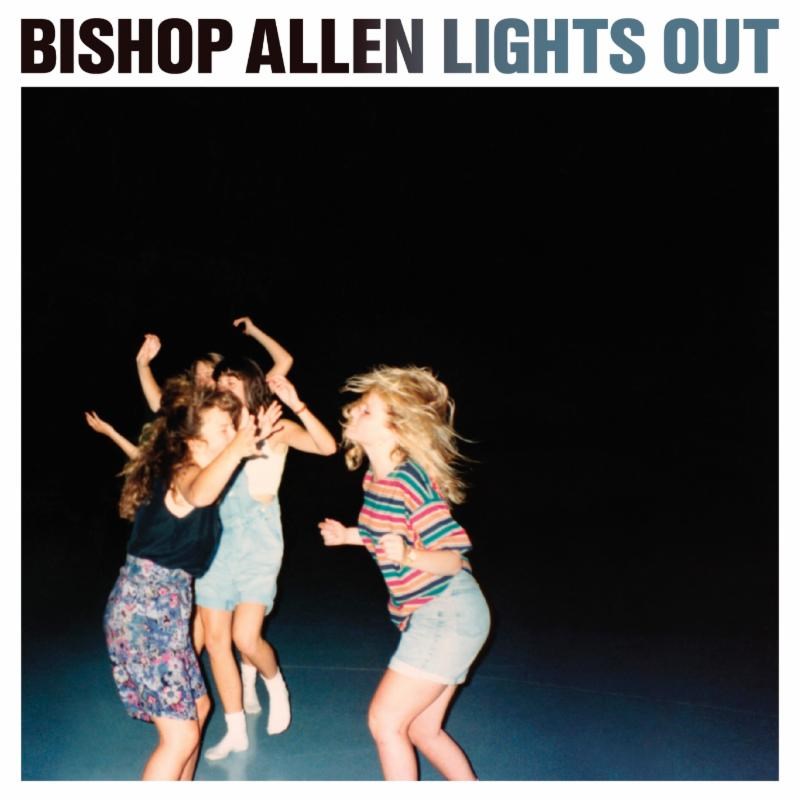 Bishop Allen had been on hiatus for five years. It’s hard to know when hiatus means a welcome break and when it’s code for a band breaking up. With the release of their new album, Lights Out, on August 19th, Bishop Allen showed they’ve  picked up right where they left off.

The power pop of “Start Again”, which christens the LP, could slot in on any of Bishop Allen’s previous records without so much of an eyelash being batted. It’s not all retread, as the Brooklyn-based outfit try on some new costumes as well. Nowhere is this better achieved than on the afro-poppy, “Crows”. The beaming verse melody rides an effervescent mix of clean treble, airy digital exotica and high traffic polyrhythms.

Darbie Rice has really become the band’s secret weapon. Her seemingly disinterested vocals bounce off nudging synth brass on “Black Hole”. Even more charming is her shrugged croon on the front porch simplicity of the long-distance-relationship paean of “shadow. The husband-wife duo or Darbie and frontman Justin Rice combine to pull off several duets. Sometimes its with skill on the harmonizing of “Hammer Nail” while others it’s with feel as on the chanting of “Bread Crumb”.

This band always came off like your older brother’s coolcollege roommate. Preppy, but with his tie loosened. Smart, but can’t be bothered to apply himself. Overall pleasant, but not trying to change the world or have a heart to heart. Some songs on “Lights Out”, like “Why I Had To Go”, seem to be nothing more than pleasant power pop fodder that you’ll never go out of your way to skip if it comes on shuffle. As soon as you go with that line of thinking, you realize the wonderful wordplay of the song’s be leaving/believing line, which reminds you that even though Bishop Allen put their feet up, their ability never stands down.