North Carolina’s biggest rock music festival, Carolina Rebellion 2014, returned to Rock City Campgrounds in Concord on May 3-4, and the weather made for a perfect weekend of rock and metal music in the Tarheel State. More than 60,000 fans packed the fourth annual event, the highest numbers for Rebellion since the festival began in 2011.

Day Two was headlined by Kid Rock, and others included Five Finger Death Punch, 311, Staind, A Day to Remember (which NMM wasn’t allowed to shoot – the only band on the festival that had those restrictions – Alter Bridge, Theory of a Deadman, Hellyeah, Trivium, Of Mice & Men, Fuel, Redlight King, 12 Foot Ninja and Gemini Syndrome.

There were so many highlights I can’t even begin to describe just how awesome this festival is. Witnessing the stage spectacles that are A7X, Rob Zombie and Anthrax made my birthday (May 3) memorable. I loved BLS, Volbeat, Seether, Black Stone Cherry, Fozzy, Kyng and Nothing More as well.
My highlights on Day 2 included Gemini Syndrome, Fuel, FFDP, Kid Rock, 311, Alter Bridge, Hellyeah and Trivium.

The two main stages were separated again this year, which made for a LOT of walking back and forth. Being that I am 260 pounds, I could use the exercise and actually didn’t mind the walking, though even with 2 pairs of socks on my feet, still managed some bruising. No Big Deal, it’s all for the love of rock and roll.

There are always going to be the naysayers – the ones who have to complain about something. You have to understand that a festival of this magnitude isn’t going to run smoothly right out of the gate, even though organizers have put on similar events like this for a bit longer time. It takes more than a year, even two or three (which, in 2013, was a near disaster because of the weather, which caused several bands to not perform, angering the crowd on that Sunday) to get everything fine tuned, and in my opinion, they got it right in 2014.

Carolina Rebellion shows that rock and metal music is not dead, and the 2014 attendance proved that. I for one can’t wait to see what 2015 has in store for us Rebels. 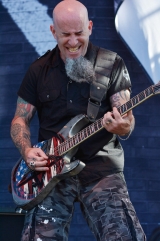 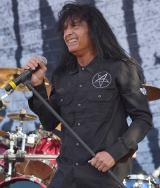 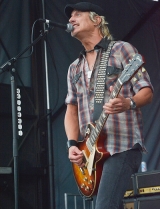 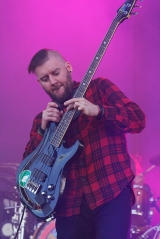 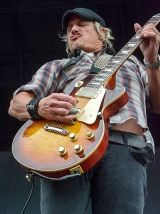 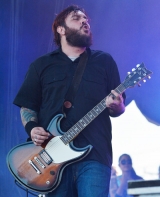 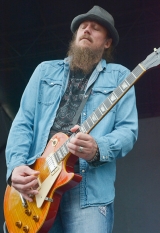 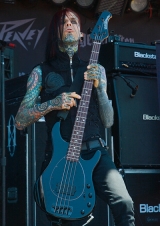 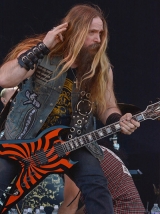 Did you know jimgreen has a website? Go see what you're missing…
Blame it on: jimgreen on April 16, 2015.