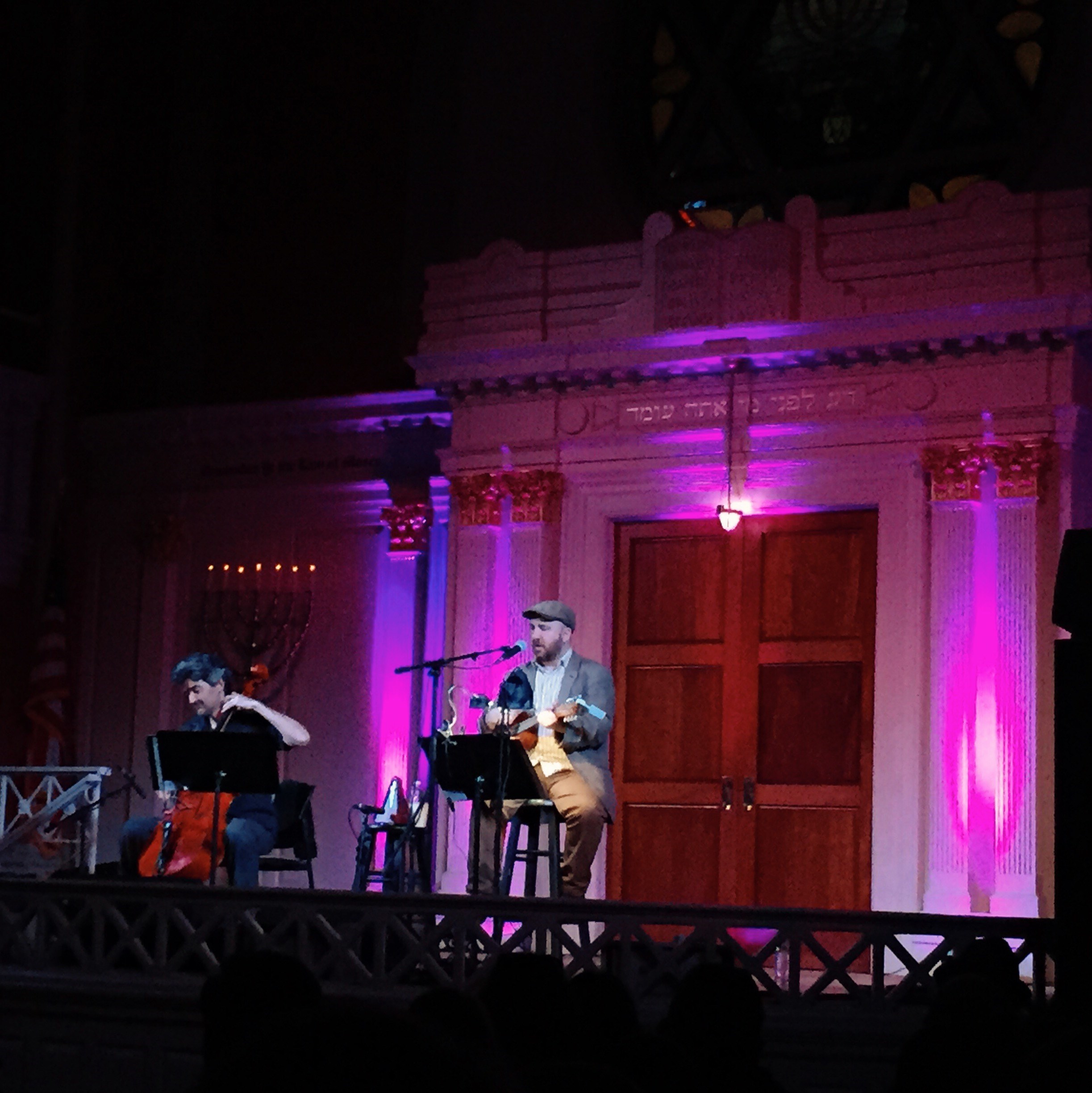 There’s something magical about the tributary where bright eyed ukulele meets Stephin Merritt’s stony baritone. It’s hard to imagine a better display for this sonic sorcery than Merritt’s show Sunday, May 3rd at DC’s Sixth & I Historic Synagogue

Merritt built his set within an alphabetic framework by playing 26 songs whose titles worked their way through our English letters in order. This proved an able pergola to train samplings of his varied musical projects, from The Magnetic Fields to the 6ths to The Gothic Archies to Future Bible Heroes to the Coraline musical, to.

The set started out with a couple heavy hitters in The Magnetic Fields’ “Andrew in Drag” and “Book of Love”. With its chipper verses and crooned chorus’s the former set the tone for Merritt’s unique blend of the sincere and sardonic while the latter, with its melodic refrain that would be vaguely grotesque if sung by a highly trained voice, but that reaches peak gorgeousness drooping from Merritt’s mouth, showcased his knack of reverse pickpocketing insights to his listeners through distracting wit.

Merritt thankfully scratched the ear itches of The Magnetic Fields’ super fans while also trotting out some more exotic fare from his catalog. “Shipwrecked”, which helped soundtrack a Lemony Snickets’ audiobook, was a hit with the audience. This was due to its exploration of the perverse underside of just-me-and-you sentiments and bellowed chorus as well as Merritt’s hilarious admission that none of the characters in the Lemony Snicket story was shipwrecked at any point. These humorous sidebars were in a constant churn throughout the night and added a thrilling appetizer to the music.

Joined by longtime musical compatriot Sam Davol, Merritt’s rumbling vocals and flinty strum were buoyed by Davol’s versatile cello playing which expertly choose its spots. These musical elements combined most sublimely on one of my favorite Merritt tracks, “Epitaph for My Heart”. Davol’s cello stunningly swept under Merritt’s melody while also providing a lighthearted contrast with Merritt’s cheeky lyrics.

For both longtime fans and the uneducated Merritt put on a deeply compelling performance. Through a set blueprint only he could’ve conjured Merritt wowed with the tunes that made him an indie cult hero in addition to spotlighting works from diverse, lesser known projects that deserve similar attention. Even if Merritt was just strumming along while singing the phonebook, I’d still find him an enchanting live performer. I also wouldn’t put such a premise past him.