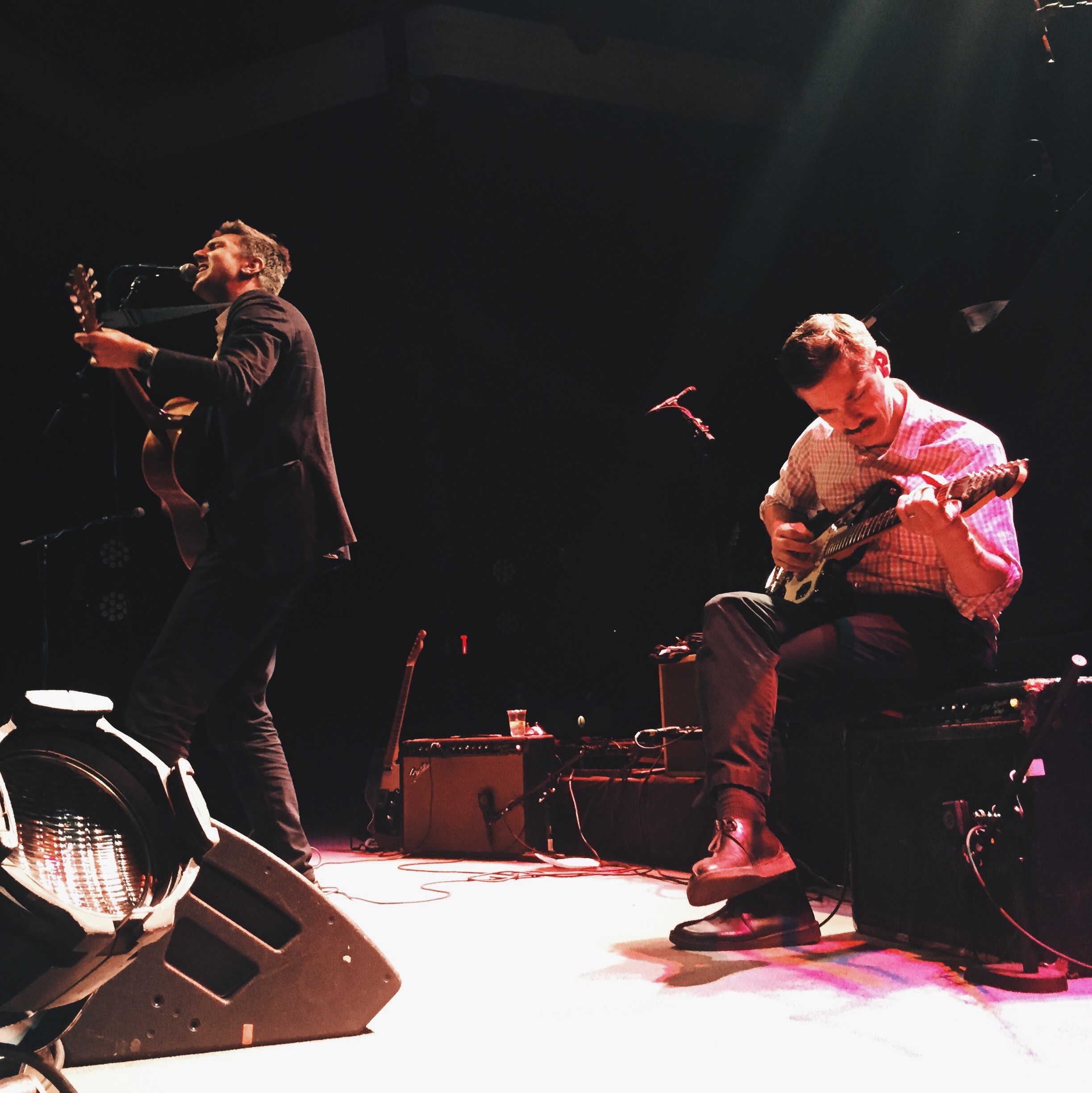 Hamilton Leithauser must trying to blackout his DC venue-bingo card. In less than a year the hometown kid has punched his ticket at The Hamilton, Lincoln Theatre, U Street Music Hall and, with his show last Monday, May 4th, 9:30 Club. I’m hoping he keeps up this quest until its fully complete.

At these shows I’ve been struck with how Hamilton is able to bring a distinct texture to each performance. His 9:30 Club concert featured the most pared down setup yet. Joined only by longtime musical mate Paul Maroon, Hamilton strolled through a set of cuts from his 2014 solo debut and his upcoming record with Maroon; rumored to be called Dear God. These new tracks perfectly pair Leithauser’s unstitched howl with Maroon’s sueded guitar. Half the fun of listening to the new songs is witnessing the vets’ well trod chemistry. 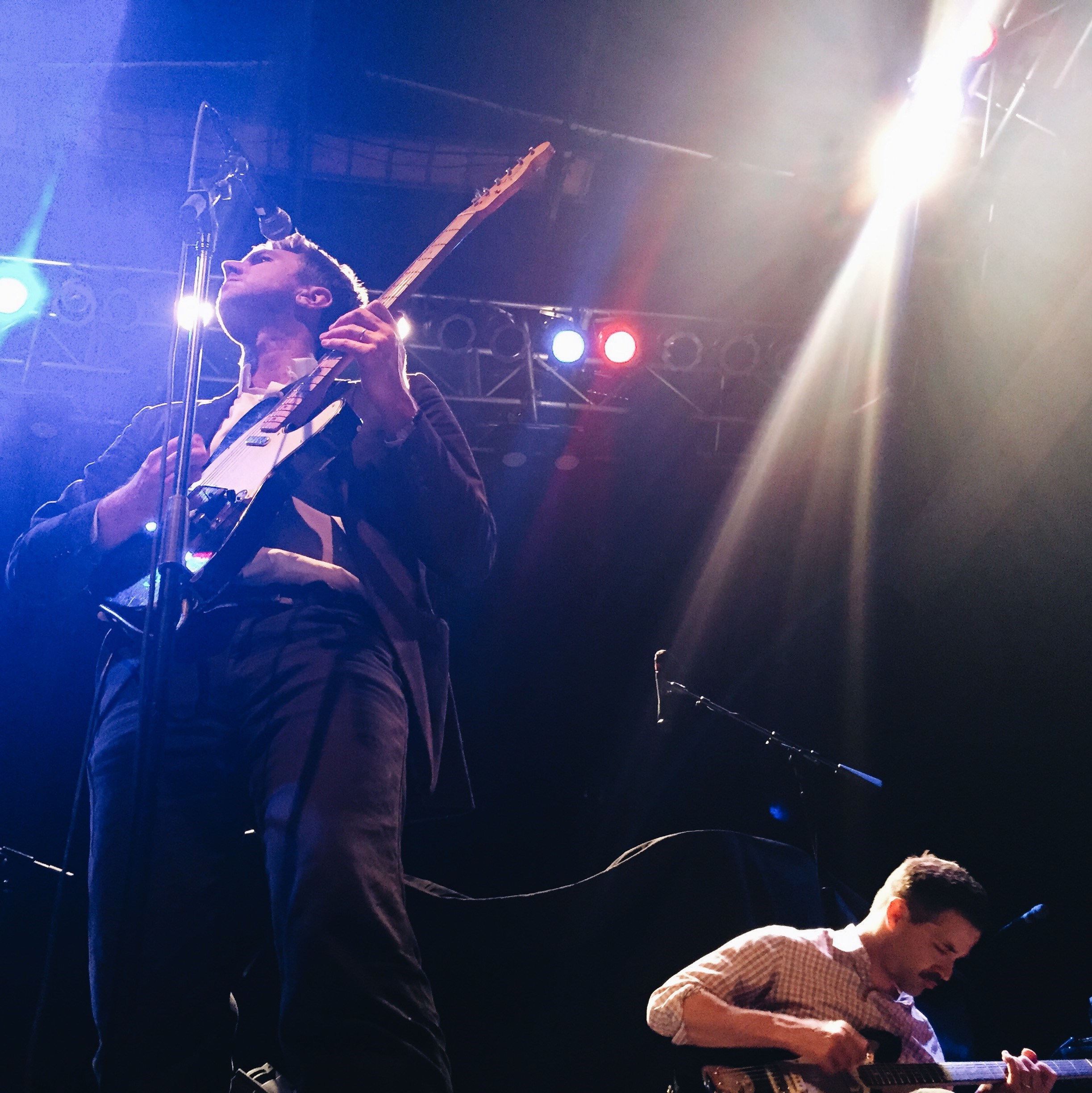 The Black Hours tunes sounded as choice as ever too. “11 O’clock Friday Night” charmed even without a live proxy for Richard Swift’s bouncy marimba while “5 AM” impressed and devastated in equal measure. Plus, there’s always “Alexandra”, which gets me every time and proved it doesn’t need a rhythm section to be propulsive. I did miss facets of his previous show’s like hearing “Alexandra”‘s cousin, “I Retired”, as both tracks were composed by local legends Leithauser and Rostam from Vampire Weekend, and Hamilton bringing out his wife to duet on “I’ll Never Love Again”.

It’s really not that complicated with Leithauser though. He’s got a one of a kind voice, songwriting chops, and performance passion. Honestly he could probably play the District every week and still be just as compelling. 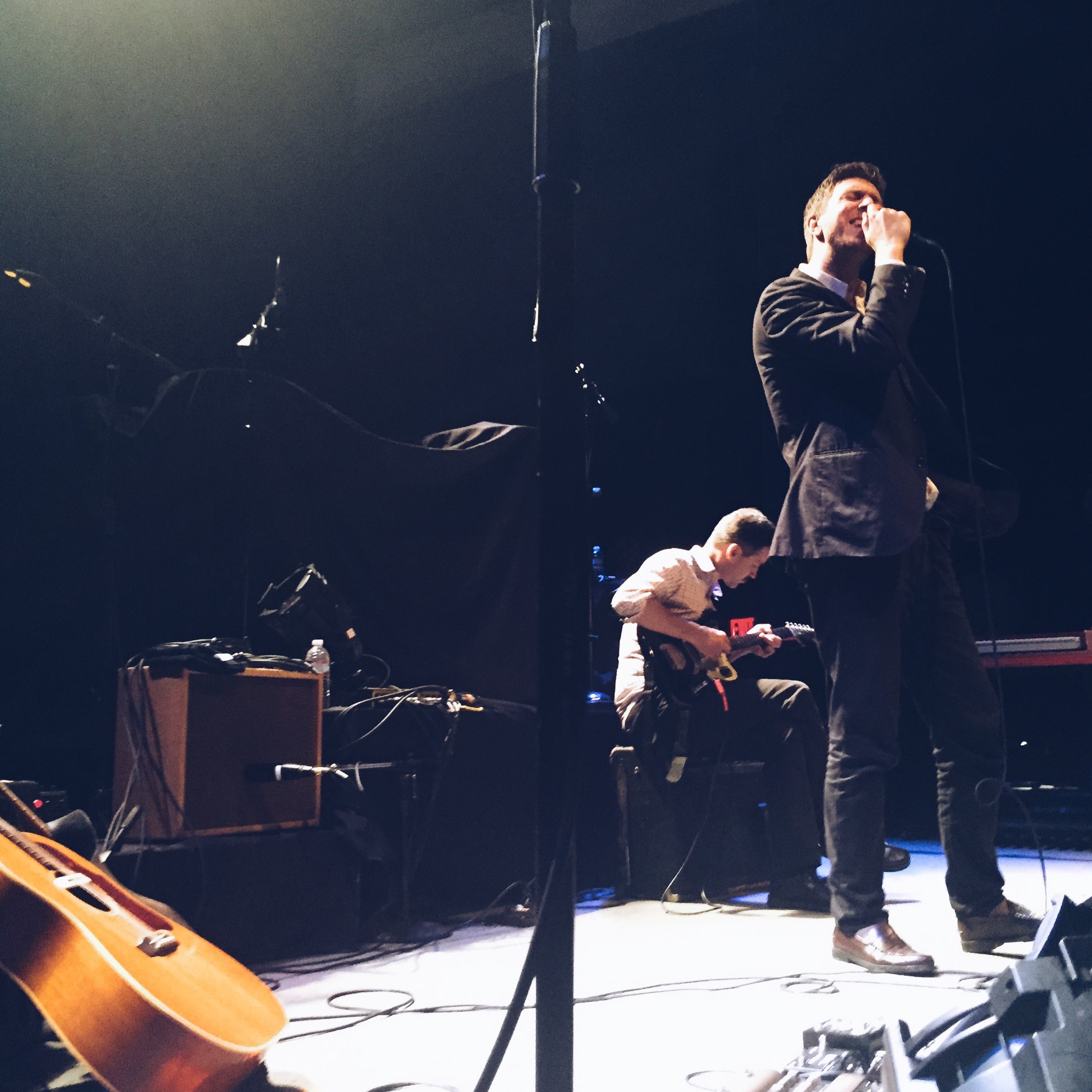