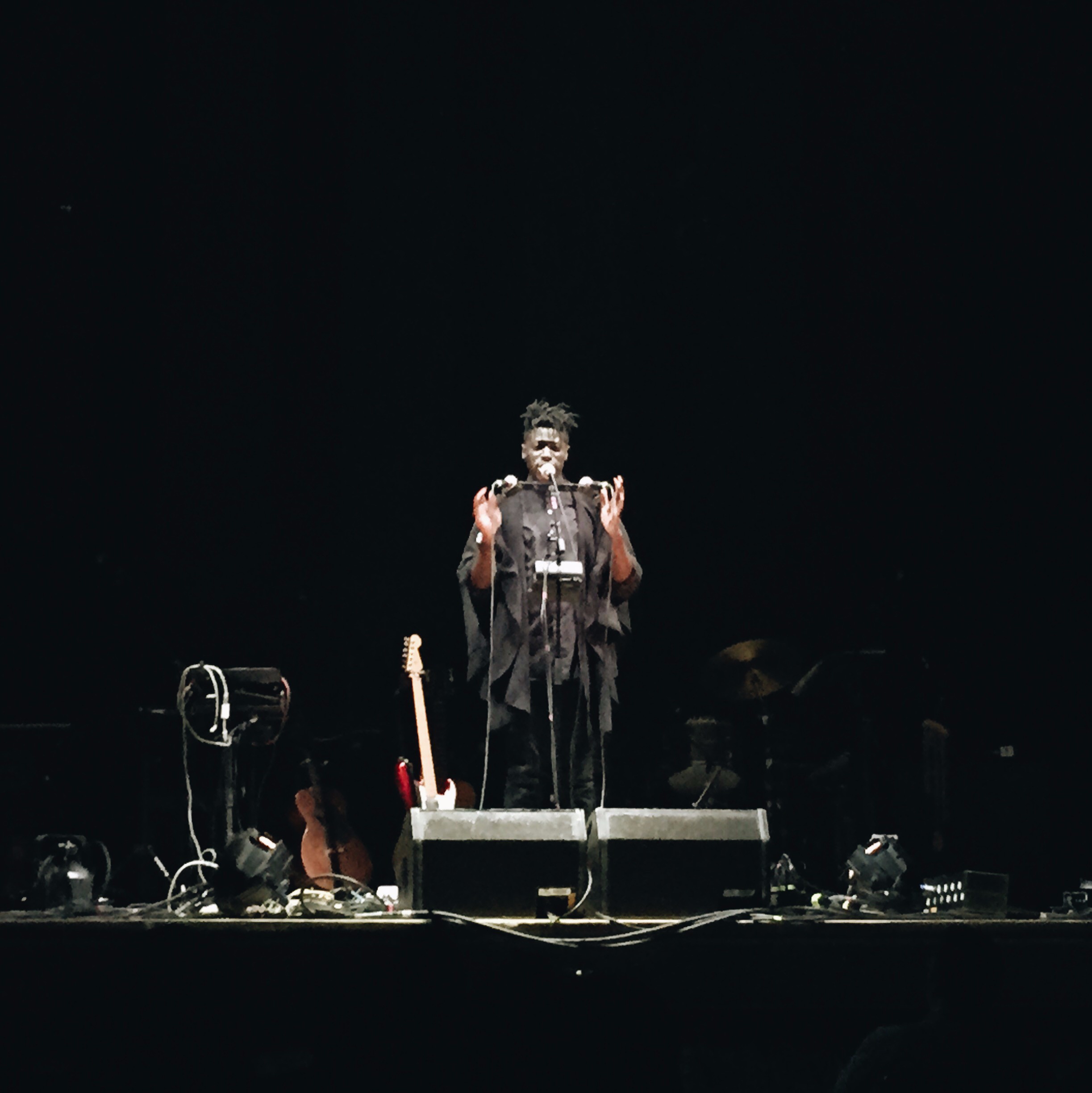 There was an interesting effect I observed as Sumney began with the languid melancholy of “Man on the Moon”. The arriving concertgoers would snap to attention a few moments after entering the concert hall, enchanted by Sumney and distracted from finding their seats. It took all of a five seconds for them to sense this was a performer they needed to pay attention to.

With melodies both familiar and fresh, packaged in a coo, muscular yet gentle, and swaddled in woven guitar arpeggios, Sumney filled the spacious DAR Constitution Hall with music all by his lonesome. This truly solo performance further impressed whenever Sumney engineered a song from scratch with loops. Like a potter at his wheel, Sumney with his microphone turned amorphous sounds into sculpted sonics he would then splash his vocals unto. These displays revealed Sumney to be an artist of both imagination and technical skill.

Sumney also won over the audience between songs. He showed unusual amounts of self-awareness, intelligence and wit by using a fake accent to momentarily trick latecomers into thinking he was British, calling out all the ways he could easily elicit a positive crowd response (read: basically any phrase that includes the name of the city the concert’s at), and an announcement of his 2016 presidential candidacy that the crowd was very much in support of. This rapport took relational roots when Sumney dedicated his final number to Baltimore.

I doubt it’ll be long before Moses is back in town headlining his own tour. Until then I guess I’ll just play “Plastic” on repeat and keep my ears to the ground for forthcoming releases and he’ll continue to earn a headliner’s supply of applause.