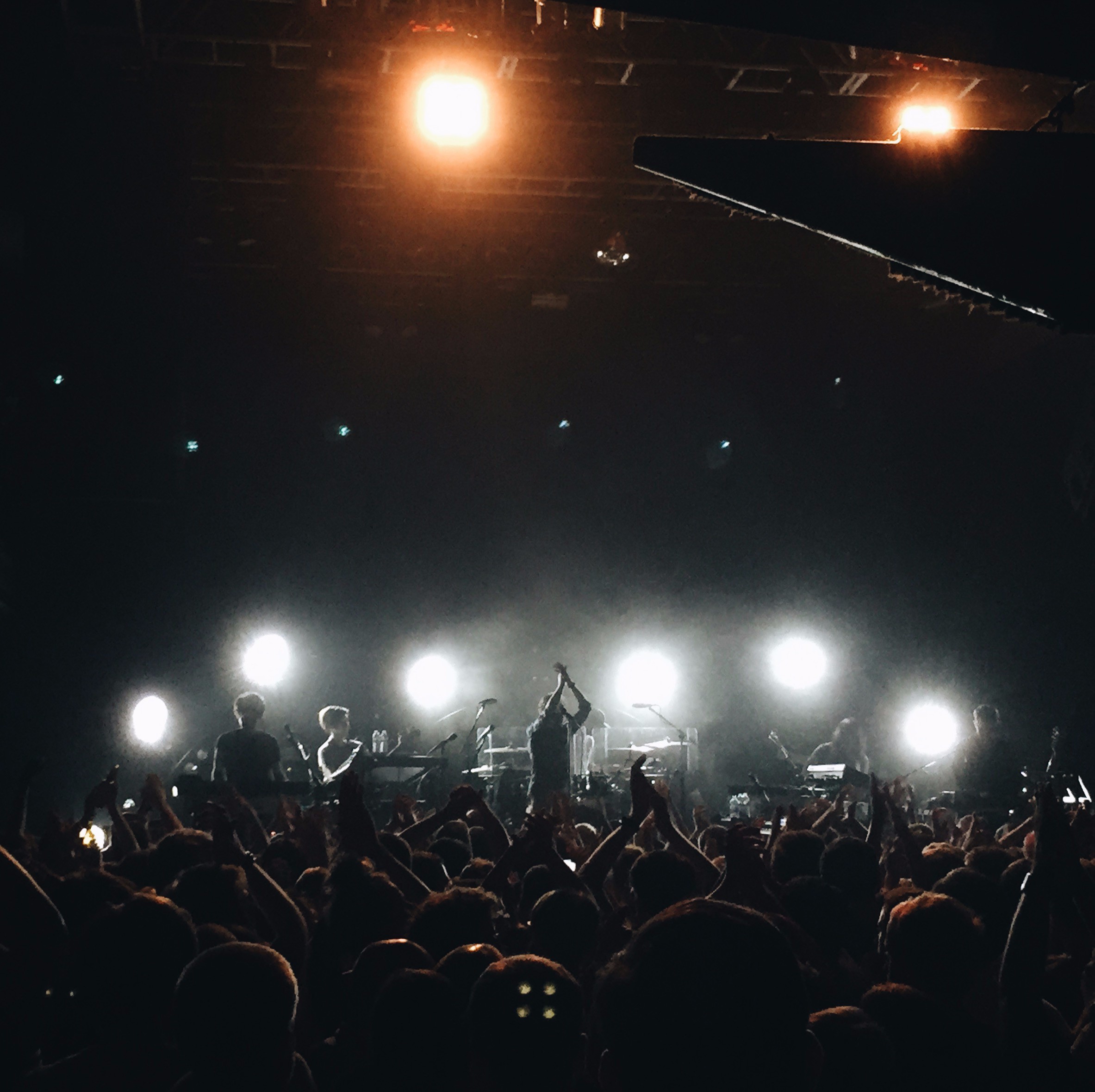 Passion Pit surged into DC for a sold out, two night stand on May 5th and 6th. I caught their Wednesday night show as Michael Angelakos and company brought headphone precision and festival revelry to DC’s famed 9:30 Club. Backed by a five deep touring band and nineteen hundred volunteer backup singers, Angelakos put on one of 2015’s most compelling shows here in DC.

The scuzzy synth squiggles of “Little Secrets” opened up the proceedings before bowing out to the dusky pulse and wide-screen nostalgia of “Lifted Up (1985)”. This one-two punch quickly demonstrated that both the new touring lineup and material could bench press the high expectations of a Passion Pit show.

Passion Pit’s new album, Kindred, which is still less than a month old, owned the early part of the set. The woozy and wistful “Whole Life Story” and airy celestial sway of “Where the Sky Hangs” seem to have already been vetted and canonized by fans as classics.

Angelakos caught his breathe on one such Passion Pit pillar, “Constant Conversations”. Slowly strolling through the song’s vocals Angelakos showed his croon is still a knockout in person. With a chamber loaded with singles and standbys, Passion Pit then went on a stunning run that ended with the fist-pump frenzy of “Take a Walk”. This set closing burst crested a few songs earlier on the euphoria of “Carried Away”‘s sparkler-lit chorus.

Using a fleet of synths, his own trademark pitched-up falsetto and a buoyant stage presence, Angelakos let his music out of its recorded cage. It was staggering to watch him build these confetti cathedrals in person. The result was a manic, yet meticulous concert that allowed concertgoers to see the grit within the glitter of Passion Pit’s music.