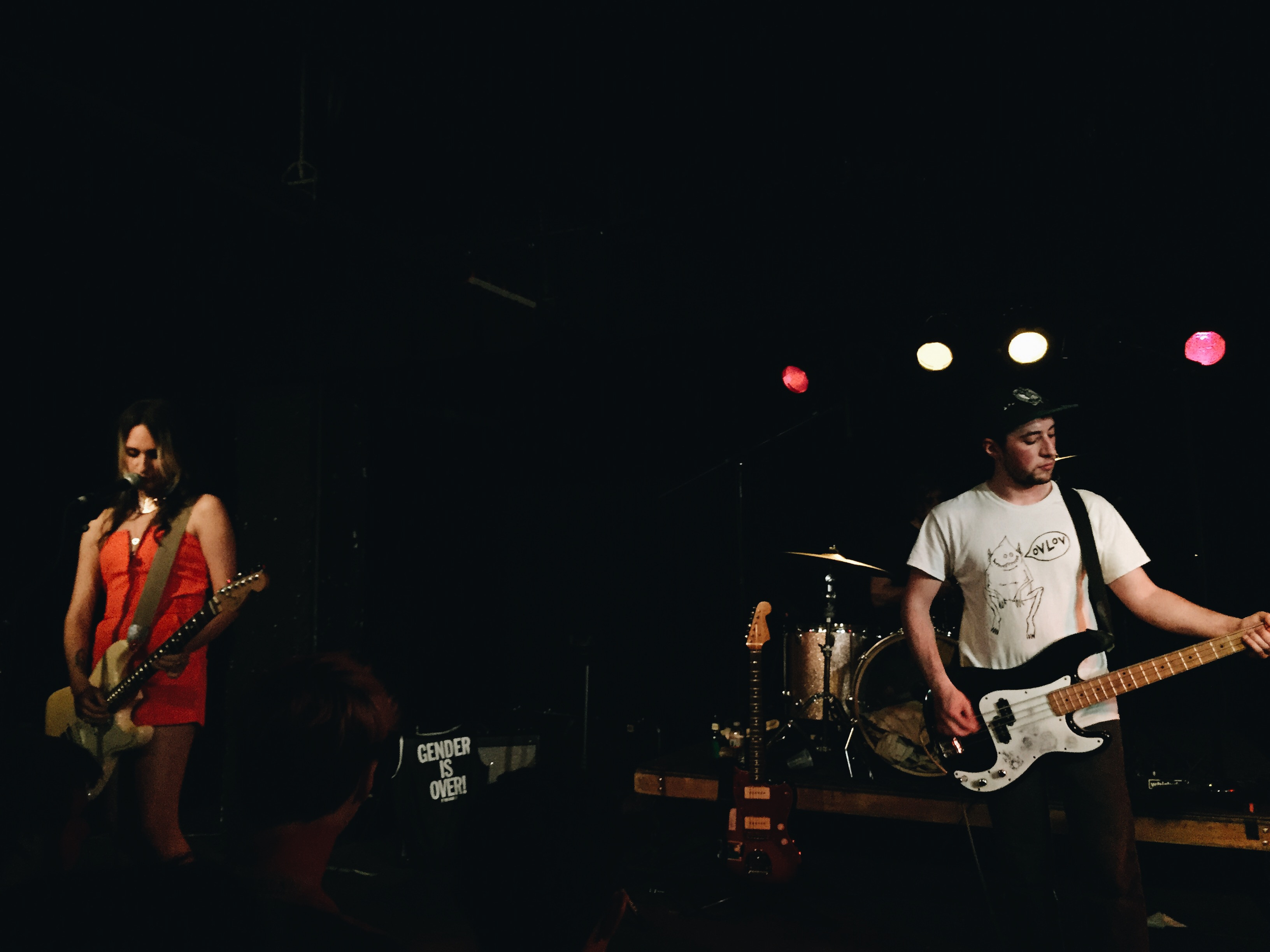 Lots of bands in today’s indie scene ape certain signifiers from past era’s, but few capture the soul of that past period the way Speedy Ortiz does. Speedy Ortiz’s sounds shout out 90’s alt-rock legends like Pavement, while also capturing the slacker with something to say attitude of those days. Speedy Ortiz kept the dream of the 90s alive Tuesday, May 6th at DC’s Black Cat.

The concert itself started off not with a song, but with drummer, Mike Falcone, grabbing an orange cone to modify his voice to a satanic pitch as he spouted off some hilariously demented throwaway lines. The rest of Speedy Ortiz seemed just as caught off guard as the crowd. Once the music did start, the band wasted no time in blowing the audience away. Sadie Dupuis absolutely nailed the Nirvana lite melody of “The Graduates” as well as the building and tumbling guitar riff on “Raising the Skate”. The band brought a laid back, but intense passion to the stage that was reflected in their focused playing that traced the lines of their studio recordings impressively.

The crowd also fed off of old favorites like the sour pop of “Tiger Tank” and punchy sludge of “Taylor Swift”. One of the night’s most special moments came on the yawning verses and fist shaking chorus of “Silver Spring”. The shout out to the DC suburb deeply resonated with concertgoers.

With their latest album, Foil Deer, dropped less than a months ago and poised to be one of the year’s best releases, it felt like we were seeing Speedy Ortiz on the precipice of a real moment for the band. They have both the live and songwriting chops to make a carve out a real career for themselves. Whether they keep mining the 90s or switch lanes as they grow in font size on the festival posters, I look forward to hearing what Sadie Dupuis and company have to say.