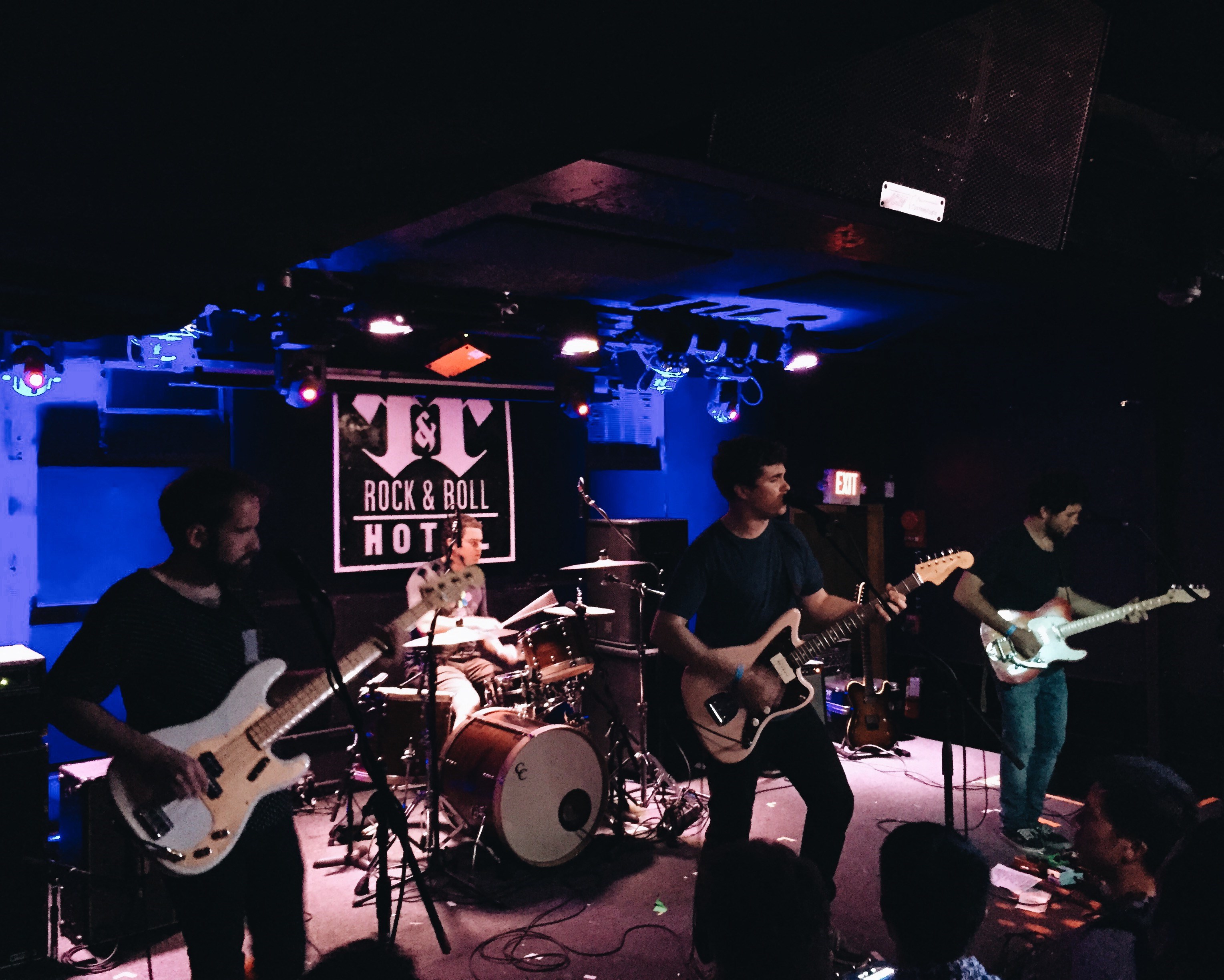 Though there’s always been a healthy amount of storm clouds in the sunny sounds of Surfer Blood, there was a more tangible pall than usual during their concert at DC’s Rock and Roll Hotel on Sunday, May 10th. With their lead guitarist, the infirmed Thomas Fekete, sadly sidelined for this tour in support of their new album, 1000 Palms, released a few days after their DC show, the band faced an uphill battle in maintaining the standards of their usual knockout performances.

The band opened up with the jangle pop riff tangle of “Neighbor Riffs”; almost as a demonstration that their new touring guitarist was up to the task. Old catalog highlights like the pop punches of “Floating Vibes” and the lead footed “Miranda” sounded as great as ever. You could still tell that Fekete’s presence was missed as the band understandably lacked their usual seamless chemistry that can only really be woven after several tours together.

Surfer Blood really hit their stride on frontman John Paul Pitts’ favorite track, the post-punk afro-pop of “Take It Easy”. Jones’ customary performance of the tune wandering amongst the audience won over the concertgoers and relaxed the band as the performers gained a new playfulness and confidence thereafter.

The new tracks sounded primed to be set list pillars for tours to come. The chipper chug of “Feast – Famine” and the dripping with riffs “Dorian” really got the audience moving.

The guitars stole the show though. Becoming one of this decade’s new indie guitar gods seems like Surfer Blood’s destiny. From the needlework precision of their intertwining guitar lines to their creative experiments like using the mic stand as a slide and bringing an audience member up for a spontaneous solo make Surfer Blood standout live

After weathering controversy and adversity since their new big thing debut, Surfer Blood seem to have found their career lane with a sunnier forecast for the future.