The Tallest Man On Earth in DC 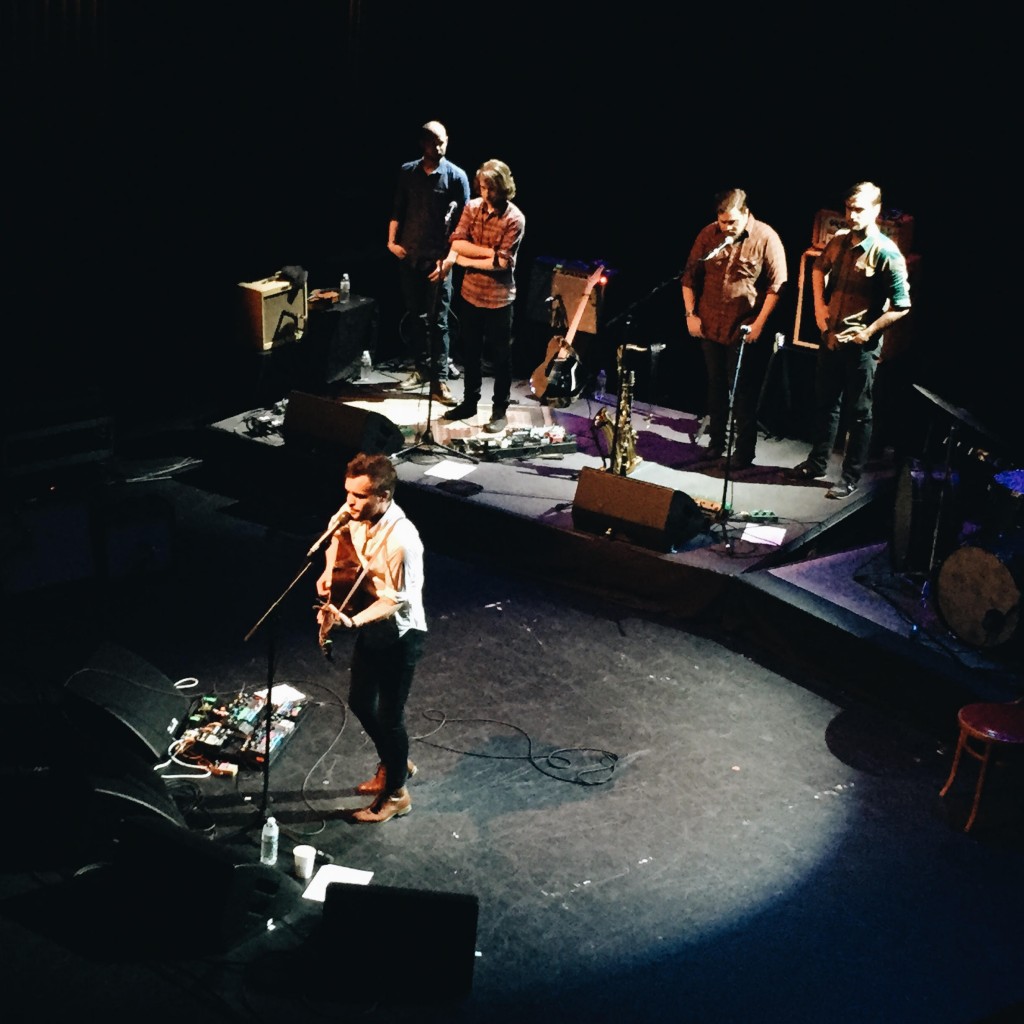 The Tallest Man On Earth touched down in DC for two nights of sold outs shows at DC’s Lincoln Theatre on May 31 and June 1. A music journalist friend of mine who was set to see him perform the following day in New York asked me what to expect of the show. I told him that I couldn’t remember seeing an artist so dialed in for the duration of a performance.

Live artists land between poles of tracing their recordings with precision and extremely remixing through musical curveballs and stage fueled passion. With The Tallest Man On Earth, I was struck by how moment by moment I wasn’t sure which edge he was going to veer towards. At times he wowed with his pinpoint fretwork that mirrored what he’s put to tape, but in the very next second he might throw us for a loop by stopping playing and freezing just to mess with one of the concert photographers (which is something he hilariously did throughout the show). The way he vacillated between these sides demonstrated the extreme presentness of his performance.

The Tallest Man, nee Kristian Matsson, quilted together a show of various fabrics. Sometimes his guitar worked alone, becoming a loom of gorgeous fingerpicking like with “Weather of a Killing Kind”. Other times the whittled bark of Matsson’s guitar and voice were ornamented with pieces like French horn and violin such as on the striding “Fields of Our Home”. Then there were occasions where The Tallest Man On Earth seemed to have transformed from solo, acoustic act to full on rock band with the bluesy punch of encore highlight “The Dreamer”.