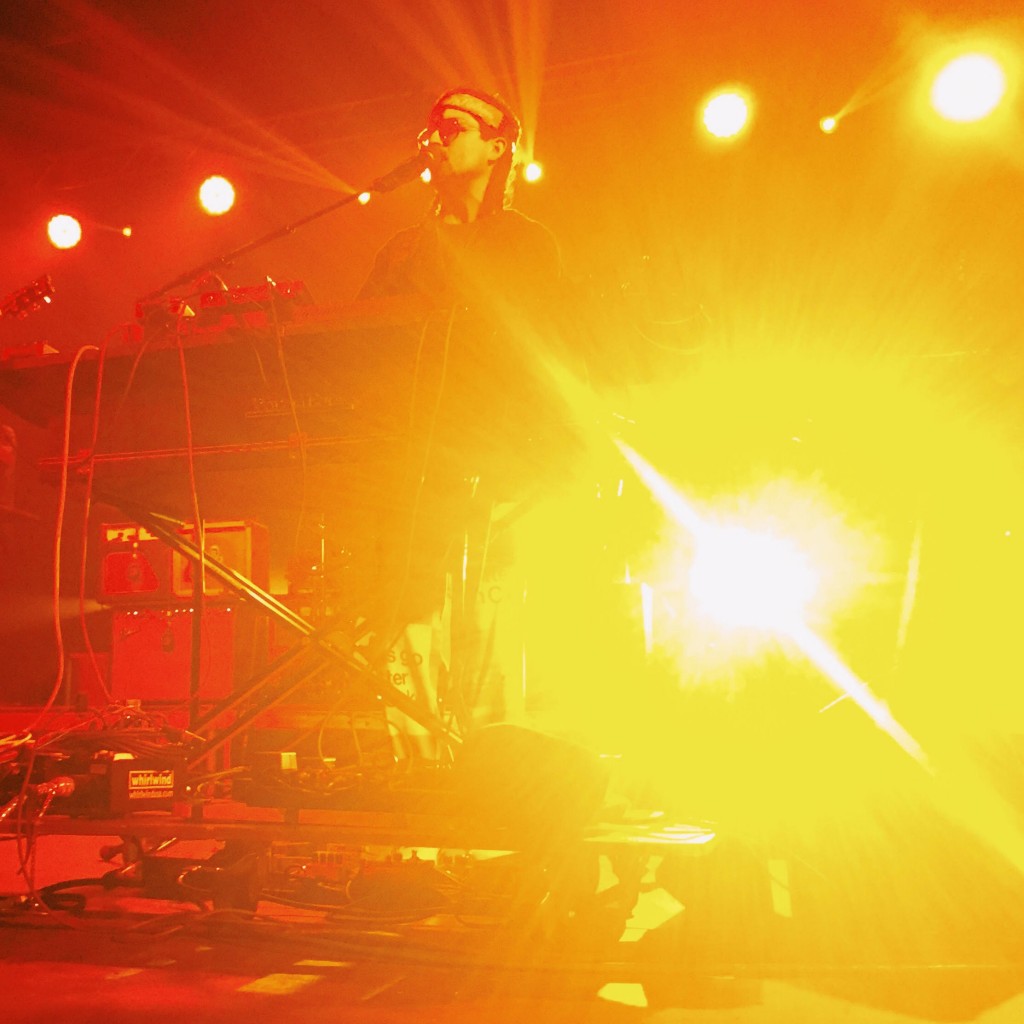 Hot Chip has continually brought a refreshing bit of humanity to the dance scene. Whether with actual humans on stage sculpting sounds together instead of a single DJ pushing buttons, or taking moments amid the euphoria to ask why, Hot Chip add a human vulnerability to their electropop: an ingredient that makes their music all the more exciting. With their new album, Why Make Sense?, less than a month old Hot Chip swung through our nation’s capital Friday June 5th for a concert at the city’s largest concert venue, Echostage.

Though Hot Chip has logged hours on my headphones, I had yet to see them grace the stage live. The band started off with the woozy chromatics of one of the top indie song of the summer nominees, “Huarache Lights” before morphing into the skinny thud and synthy croon of “One Life Stand”. This one-two punch set a high precedent that only a band with a six LP deep catalog can maintain as fan favorites and new classics rubbed elbows on a wonderfully crowded set list.

The middle of the set was owned by another combo: the playful choreography of “Flutes” and heady bombast of “Over And Over”. These tracks brought the crowd to an encore level frenzy. The regular set wasclosed by frontman Alexis Taylor’s finest vocal display of the night, the brilliantly cheeky cologne commercial sonics of “I Feel Better”.

Ending the encore and the night was a surprise cover of Springsteen’s “Dancing In The Dark”, a choice that sounds intriguing on paper and sublime in person.