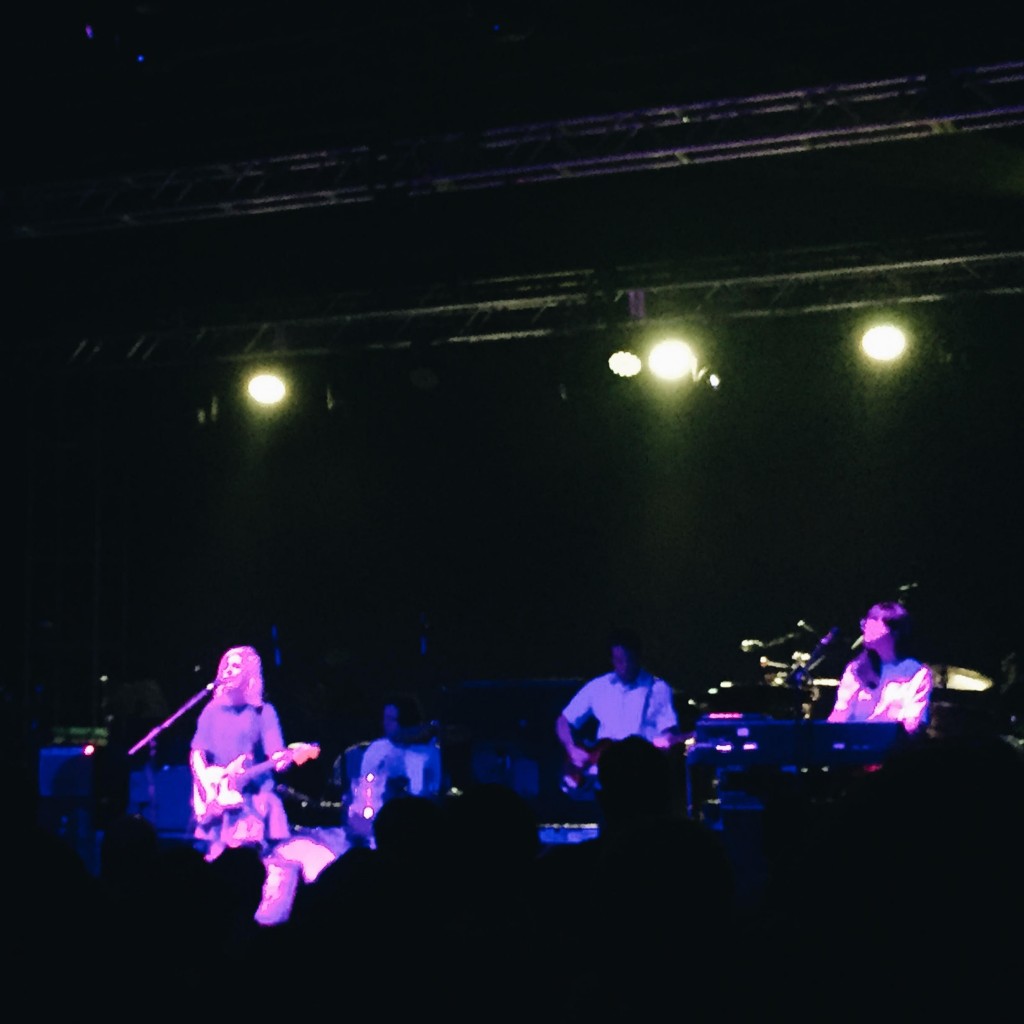 I spent half of 2014 in DC and in that time I was fortunate enough to catch over 40 of music’s best artists live. Yet I still couldn’t help but find myself complaining about one particular act I missed. That band was Alvvays. My day job took me out of town when the Canadian outfit swung through DC last November and it’s been gnawing at me since. Thankfully, there were no scheduling conflicts when Alvvays retunred to the capital on Thursday June 11th.

Alvvays apparently almost didn’t make it to the show. According to frontwoman Molly Rankin they were towed into the city. The band didn’t use these difficulties as an excuse as they put on a powerfully compact show. Rankin’s dry (no pun intended) delivery on “Next Of Kin” was just as killer live as on the record and the pleading “Party Police” featuring Rankin’s most stunning vocal turn of the night. In addition to Rankin’s performance, the band sounded impressively tight on the lead-footed jangle of “Adult Diversion. Unsurprisingly, the set belonged to “Archie, Marry Me”, which never ceases to floor me and filled the cavernous Echostage space like a proper anthem.

“Archie, Marry Me” was my favorite song of 2014 and their self-titled debut was correspondingly one of my favorite LPs of the year. Alvvays have managed to rise to the top of the crowded retrofitting 60s girl group jangle with lo-fi distortion aesthetic with muscular melodies and playfully honest and insightful lyrics. Many similar bands have plateaued with their sophomore releases, but judging by the new material they trotted out at their show, Alvvays will be living up to their name with more great music.

Now if I can just catch the band playing a full headliner length set, I’ll have totally made up for missing them in November. Or maybe that’s just me being greedy.