Train performed a 20-song set that spanned material from their entire career during a “Picasso at the Wheel” tour stop at Walnut Creek Amphitheater in Raleigh on Wednesday, June 10, 2015.
The band – which includes mainstays Pat Monahan on vocals and Jimmy Stafford on guitars – opened with “Just A Memory” off its latest CD, “Bulletproof Picasso,” then went into “50 Ways to Say Goodbye” and “If It’s Love” – complete with Monahan taking selfies with crowd members’ cell phones.
In addition to several hits (“Marry Me,” “Hey, Soul Sister,” “Meet Virginia,” “Drops of Jupiter” and “Calling All Angels,” to name a few, the band also threw in some covers – Aerosmith’s “Dream On,” George Michaels’ “Freedom 90” and The Beatles’ “With A Little Help from My Friends.”
The only disappointment was the lack of the title track from “Bulletproof Picasso” – to me, one of the strongest songs on the album.
Slotted in the middle position was The Fray, who performed 13 songs in an hour. Isaac Slade and Company opened with “Heartbeat” and included “How to Save a Life” and “Over My Head (Cable Car).” They even went back to the 80s with part of A-Ha’s “Take on Me” in their second tune “Closer to Me.”
Matt Nathanson played about 35 minutes as the opening act.
TRAIN SET LIST: Just a Memory, 50 Ways to Say Goodbye, If It’s Love, Angel in Blue Jeans, Meet Virginia, Free, Freedom 90 (George Michael cover), When I Look to the Sky, Calling All Angels, Bruises, Save Me San Francisco, Wonder What You’re Doing for the Rest of your Life/Locomotion, With A Little Help from My Friends (Beatles cover), Give It All, Marry Me, Hey, Soul Sister, Drive By, Ordinary, Dream On (Aerosmith cover), Drops of Jupiter.
THE FRAY SET LIST: Heartbeat, Closer to Me/Take on Me, Give It Away, You Found Me, Hurricane, Syndicate, Look After You/Never Say Never, All at Once, Hold My Hand, Wherever This Goes/Just a Closer Walk with Thee, How to Save a Life, Over My Head (Cable Car), Love Don’t Die. 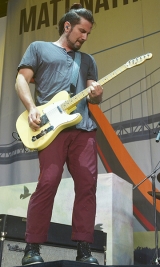 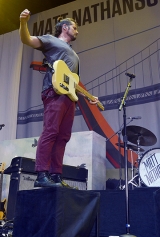 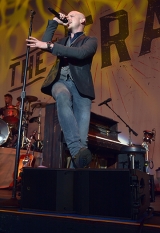 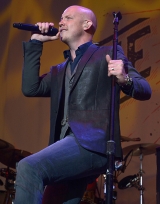 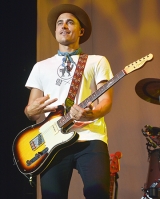 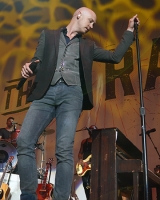 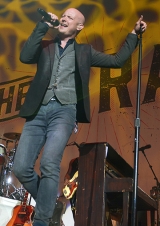 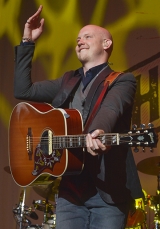 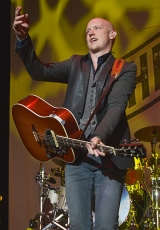 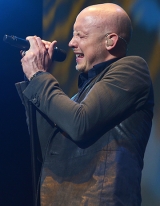 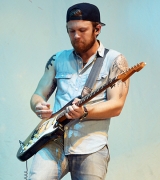 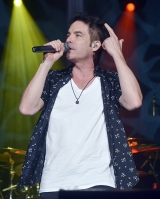 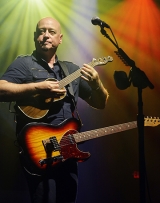 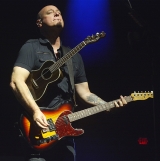 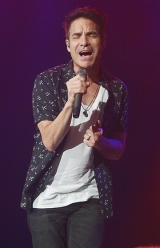 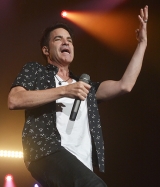 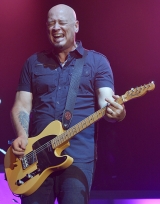 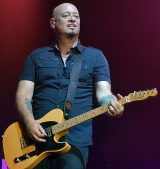 Did you know NewMusicMonkey has a website? Go see what you're missing…
Blame it on: newmusicmonkey on July 11, 2015.