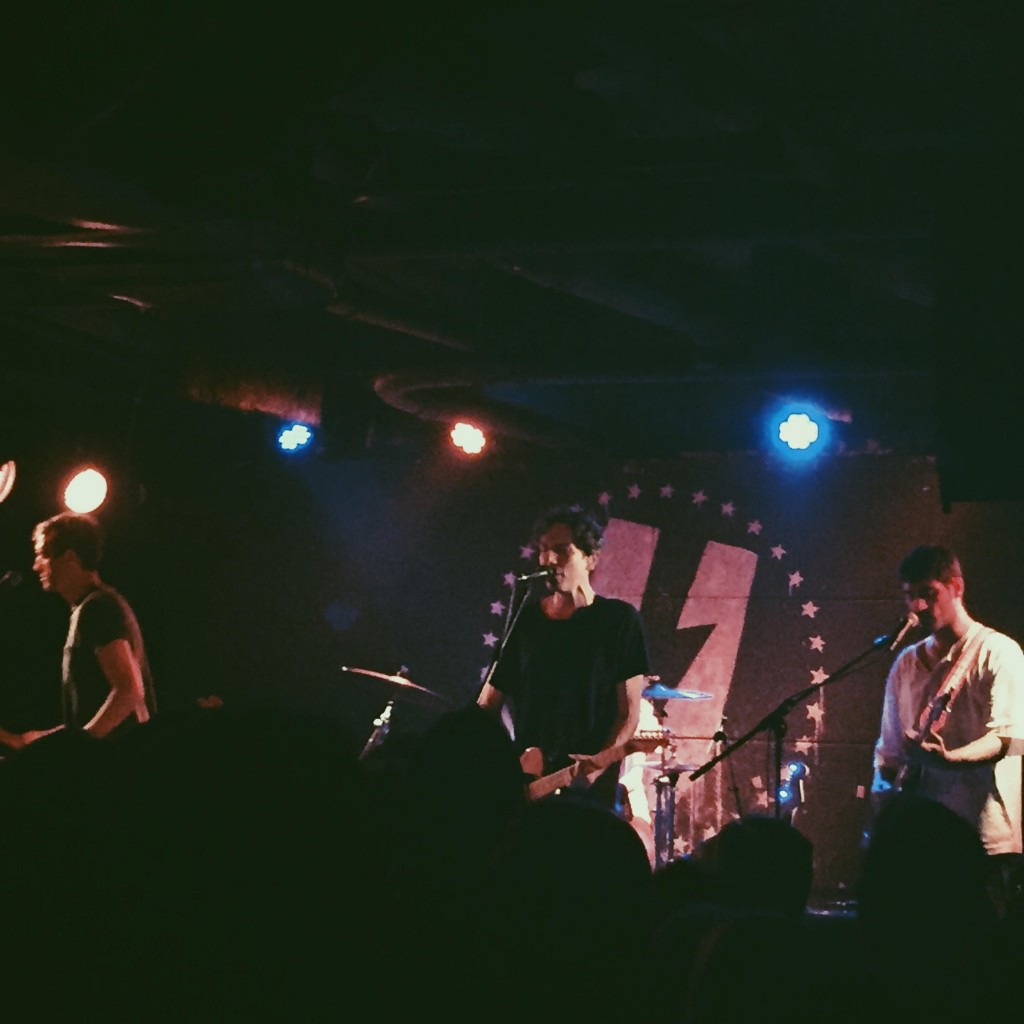 It takes something special to stand out from the endless sea of electronic indie bands from Brooklyn and yet Tanlines manages to do just that. It had been just over two months since the release of their sophomore LP, Highlights, when the duo played DC’s U Street Music Hall with a show that appealed to hips and heads in equal parts.

The set list began with the slow froth of “Running Still” before the New Wave breeze of “Slipping Away” really got the crowd moving. Both tunes were, excuse the pun, highlights of Highlights as Tanlines proved the new material could stand toe to toe with the old favorites. Between songs keyboardist Jesse Cohen entertained with We Are Scientists-level of stage banter hilarity. This should come as no surprise to those who are fans of Cohen’s No Effects podcast or his appearances on Grantland’s Girls in Hoodies podcast. While the show began with two new cuts, the set was bowed out on two singles from Tanlines’ debut album, Mixed Emotions. Vocalist Eric Emm dug deep over stuttering synths on “Not the Same” and “All of Me” found the crowd shouting along to both the verses and chorus. The night was itself closed on my personal favorite from the band, “Real Life”, which was trotted out during the encore. The audience singalong for “All of Me” was even topped by concertgoers belting out “it was a past life thing!” to accompany their frenzied dance moves over the song’s electrified African rhythms.

Whether in studio or on stage, Tanlines are fluent in the language of both brains and bodies. This has allowed them to outpace many of their Brooklyn indie scene contemporaries and create a thoroughly compelling live show.