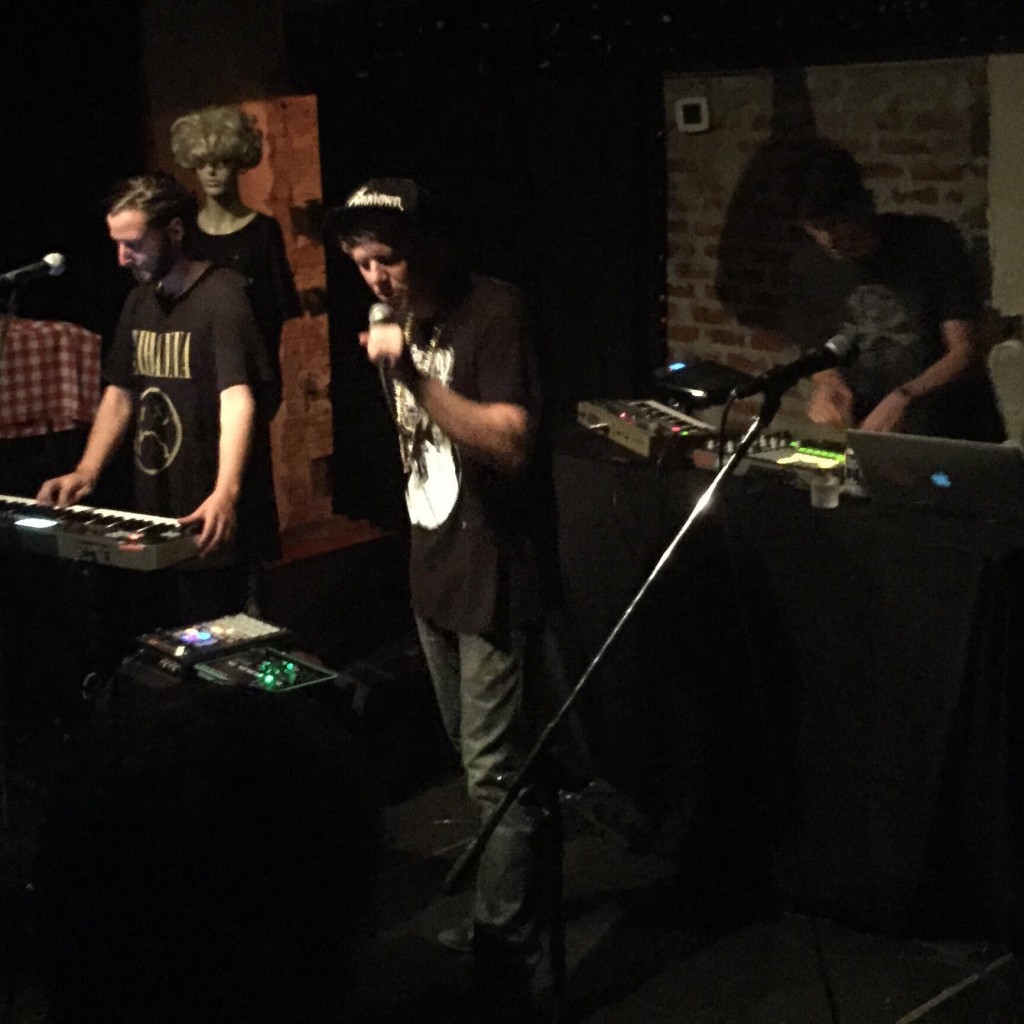 Ever since “If You Want It” was one of my summer jams back in 2010 I’d been dying to catch TV Girl live. The California act doesn’t tour away from its West Coast home often, but I was fortunate enough to catch TV Girl in DC last Saturday, August 1st at NW’s Comet Ping Pong.

The band’s setlist was a pleasant buffet of their entire catalog. 2014’s LP French Exit was well-represented by the bouncy stutter of set-opener “Pantyhose” and smirking coo of “Daughter of a Cop”. “Birds Don’t Sing” was unsurprisingly the live highlight from this album. TV Girl frontman Brad Petering introduced the cut as their hit before diving into the tune’s palm tree-lined melancholia. The band’s most recent release, this June’s “Natalie Wood” single, features Petering mixing innocence and cynicism as he details an only-in-LA story.

TV Girl’s 2012 full-length, The Wild, The Innocent, The TV Shuffle was well-represented by the drum machine doo-wop of “It Evaporates”. The song’s breeze got the the crowd swaying as Petering’s backing band, keyboardist Wyatt and vocalist Faith Harding of Novelty Daughter snapped along like they were harmonizing on a street corner. 2011 single “Benny and the Jetts” featured Brad, Wyatt and Faith demonstrating some choreographed dance steps that they got the whole audience to join in on. The 2013 EP Lonely Women EP also got some set-list love as the wistful “Melanie”, one of my favorite pieces of TV Girl lyricism, made everyone in the crowd rethink that move to LA they were toying with. The aforementioned “If You Want It” thankfully made the setlist as well. Live it was costumed in fast-paced, sample-less garb that were compelling even if the track didn’t quite reach it’s Rundgren-assisted heights.

Although I was disappointed that the Skeeter Davis-sampling “Misery”, the machine gun of hooks that is “Laura”, and spacey surf of Monster Rally collaboration “Avery Guy (Blame)” didn’t make an appearance, seeing so many other familiar faces on the set list made up for it. TV Girl put on an engaging and energetic performance that balances recorded version faith with in the moment fun. I’m hoping it won’t be another half-decade until I cross paths with TV Girl again.