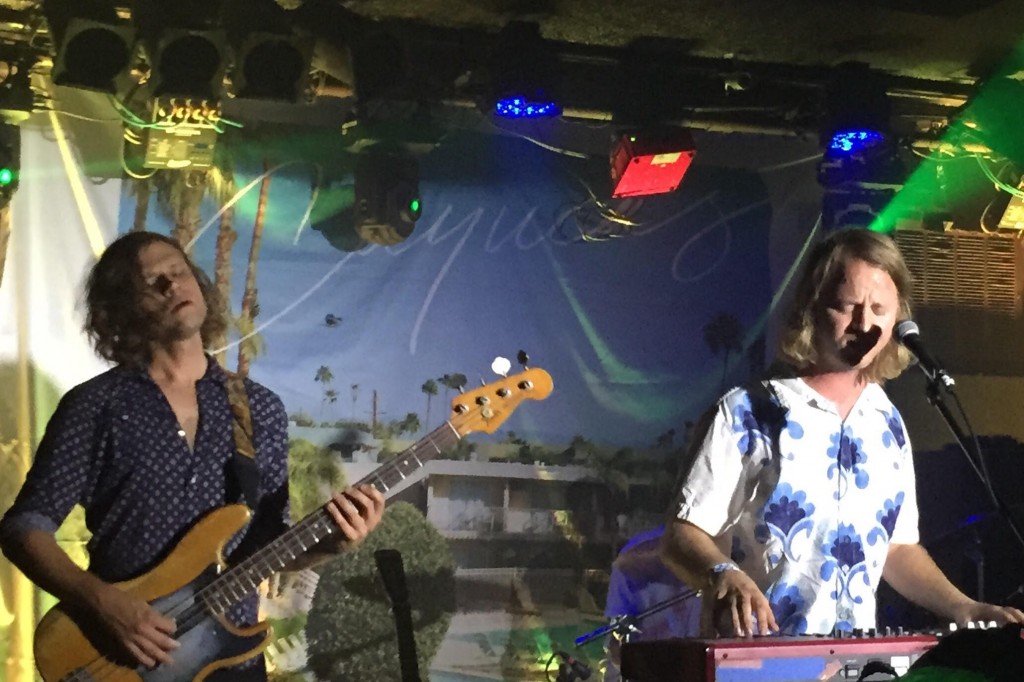 Whether serving up the music for a commercial or soundtracking a backyard BBQ, even if you don’t know who Cayucas is, you’ve probably heard them before. The Cali band ventured over to our coast for a date Monday, August 3rd at DC’s Rock and Roll Hotel; a space they played in June of 2014.

With one of my favorite albums of the summer still hot off the presses, June 23rd’s Dancing at the Blue Lagoon, Cayucas now has two albums worth of material to pluck from for their live show. They pushed off with a string of songs from their new release including latest single “Moony-Eyed Walrus”, “Hella” which made an appearance at Cayucas’s last DC show, and “Champion” whose piano and drum shrugs got the crowd bouncing. Old standards from their catalog like “East Coast Girl”, which the band appropriately dedicated to any such females in attendance, and the beachy jargon of “Ayawa ‘kya” sounded as fresh as ever. The band’s encore was highlighted by my favorite from their new disc, the collegiate reminisce of “A Shadow in the Dark”.

Cayucas continued to improve as performers. The band was even tighter and more confident than the first time I saw them. They even manage to make you forget about some of the layers like strings and samples that they aren’t able to fit in their suitcase for the tour. Sadly though, maybe their best song,:”A Summer Thing”, did not make the setlist again. It’s a little strange, but perhaps that song can only exist in the laboratory of a studio.

Even if “A Summer Thing” doesn’t appear at their next concert either, I’ll still be circling Cayucas’s next DC concert on my calendar.