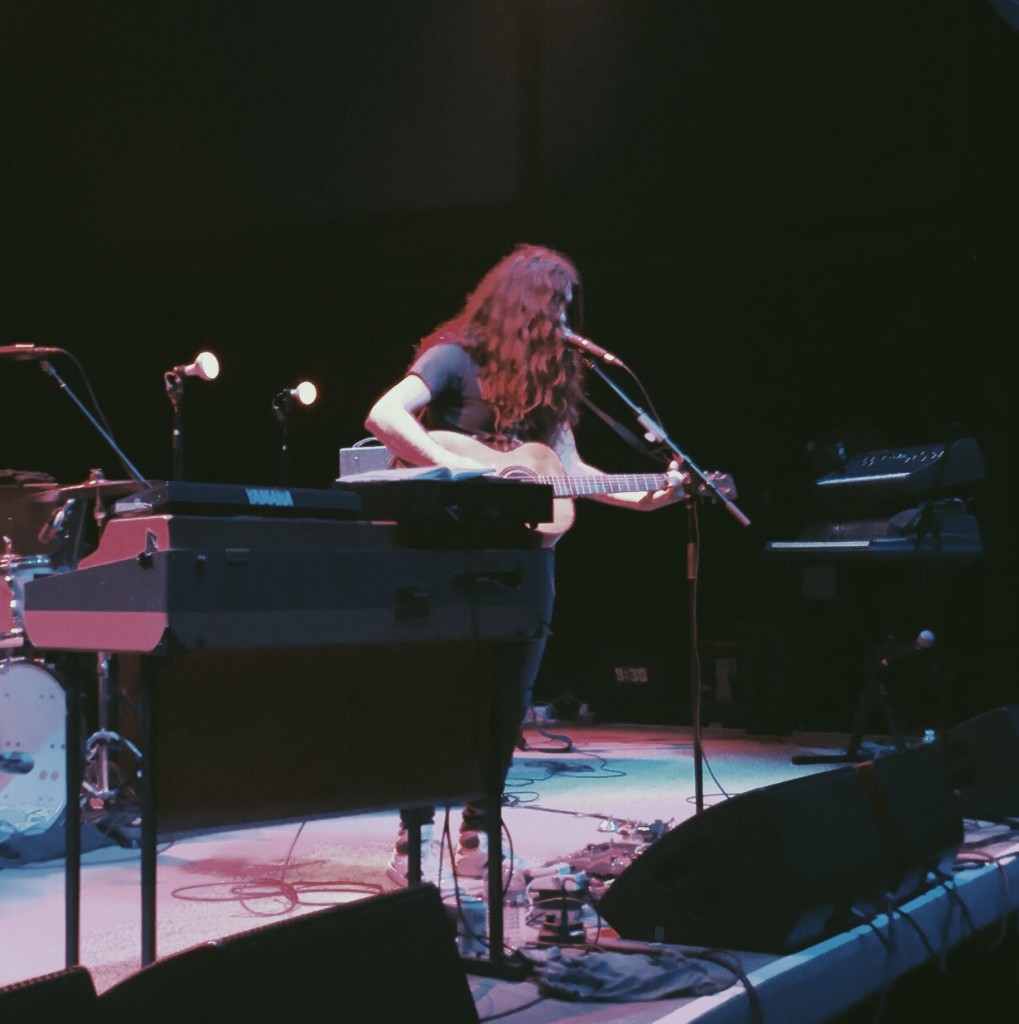 Kurt Vile comes across as someone who works hard, but doesn’t try hard. Even when the guitar lines are spider web intricate and even when there are punches of distorted guitar ruckus, Kurt Vile makes it look effortless. The laid-back craftsmanship of his music was on full display during Vile’s concert last Thursday, October 8th at DC’s 9:30 Club.

Vile got things going with two cuts off his new disc, B’lieve I’m Going Down; the dive bar jam of “Dust Bunnies” with the wrinkle-creased rock of “Pretty Pimpin” right behind. The long gaze of “Jesus Fever” held serve next for the old faves. The new album was turned to again for a mid-set change of pace via the meditative plucking on “That’s Life, tho (almost hate to say” and dusty drum machine toe tap of “I’m an Outlaw” where Vile switched to masterfully picking a banjo. The regular set was ended with Vile sending gorgeous arpeggios to elbow their way through burly fuzz on the propulsive “Freak Train”. The encore and show were farewelled with the live debut of “All in a Daze Work” as Vile held down the stage by his lonesome to thumb out the haunting acoustic number.

The absence of arguably Vile’s best songs, “Wakin On a Pretty Day” and “Never Run Away” and new single, “Life Like This” were disappointing, but he performs every song on his setlist so deeply, you can hardly complain. The also mostly absent stage banter was coomonly replaced by reverb’d and delay effected yelps, which only seemed to be fitting of Vile’s personality. Without the usual concert quibbles, you’re simply left with the unique opportunity to witness a master guitarist and songwriter ply their trade in-person. Not a bad Thursday in the least.