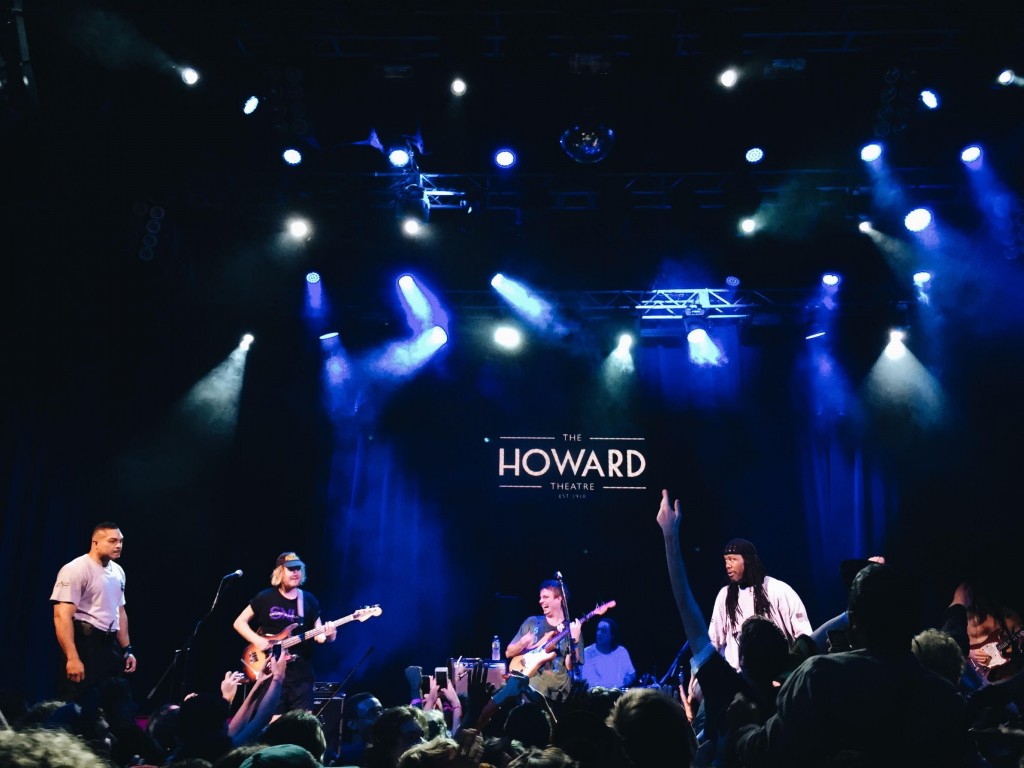 You don’t feel like you bought a ticket to a Mac DeMarco show. You feel like you were invited. Few artists have a connection to their fans like Mac does. I saw firsthand Wednesday, October 14th at DC’s Howard Theatre the selflessness and generosity of Mac’s performance, which forges this.

Leading off the proceedings was the wistful “The Way You Love Her”, the first single from Mac’s 2015 release, Another One, which gave way to “Salad Days” whose dressing down of those shaking fingers at millenials was meet with huge cheers. The sunny side of his set was owned by cuts from 2. The smirking romance of “The Stars Keep On Calling My Name”, greasy groove of ” Cooking Up Something Good”, and nicotine croon of “Ode to Viceroy” each prompted XL applause and, especially the latter, a wave of cigarettes thrown onstage.

Mac kept things going with the hazy slow dance of “Without Me” and an extra speedy take of the big brotherly jangle pop of “Let Her Go”. The second half of the show was also highlighted by a spirited performance of “Freaking Out the Neighborhood” as well as perhaps more crowd surfing than I’ve seen outside of a festival. Mac, of course, joined in himself during the regular set closer, the bleary warble of “Still Together”. For his encore, Mac reappeared onstage, shirtless, and launched into a fully flexed cover of Metallica’s “Enter Sandman”. It was every bit as awesome as it sounds.

After the show, I hung around behind the venue to watch Mac hold court with his fans. He faced it all, both the genuine compliments and violations of personal space, with the same chilled attitude. Mac waited till every single person had a turn to speak with him before he left. It’s more than an invitation. It’s an open door policy.