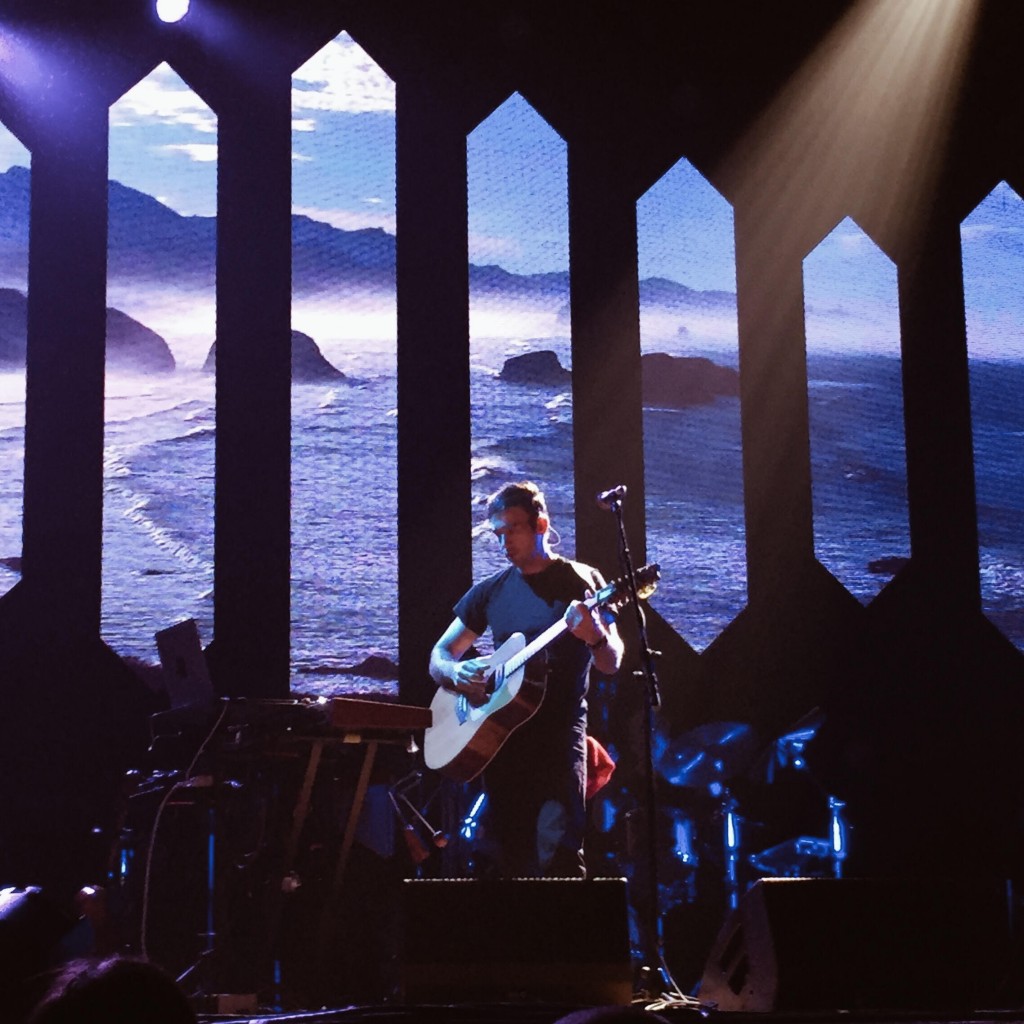 Among his myriad singular talents, Sufjan has a strange ability to seem devestangingly present even when you feel like he’s forgotten about you and the thousands around you and is instead in a Brooklyn apartment or an Oregon beach or a rickety van. In between those moments when he’s looking through you, it’s like he’s right behind your eyes. His songs are so deeply and uniquely personal, they become universal. Rendered in such an exceedingly brilliant form you can get what he’s saying even when you don’t. Sunday November 1st, Stevens was at Baltimore’s Meyerhoff Symphony Hall even when he wasn’t.

As has been his custom with Carrie and Lowell-era tours, Stevens performed the first leg of his set sans stage banter. Differing arrangements and song selections from his show earlier this year at the DAR Constitution Hall in DC, kept the audience guessing. “Fourth of July” was built on a dubby James Blake-like beat, but still featured the devastating turn of the stage lights unto the audience during the song’s half horrored realization, half blissed relief chorus of “We’re all gonna die”. The emotional pomp of “Vesuvius” slotted in nicely with the live vibes of the Carrie and Lowell cuts where the synthy and subfrequencied undertones shake you by the shoulders instead of nudging your subconscious as they do on record. 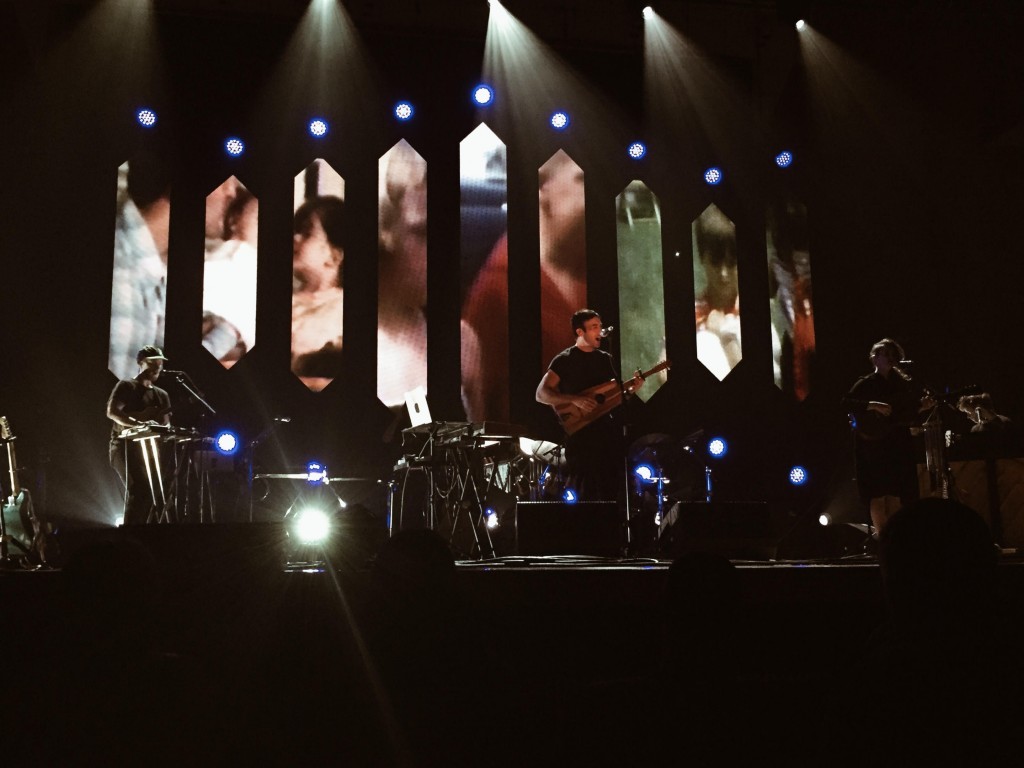 The pristine acoustics of the symphony hall allowed listens to really zoom in on the sonics. During the ghostly gossamer of “The Owl And The Tanager” you could even hear Sufjan’s piano bench creak. This also gave the audience ample opportunity to feel the deep textures of the music. The mix of acoustic and electric elements almost felt tangible on “Carrie & Lowell”, and really on every song. The multi-instrumental talents of Stevens and his band was additionally highlighted by the top shelf acoustics as they switched varied instruments seamlessly, sometimes even mid-song. 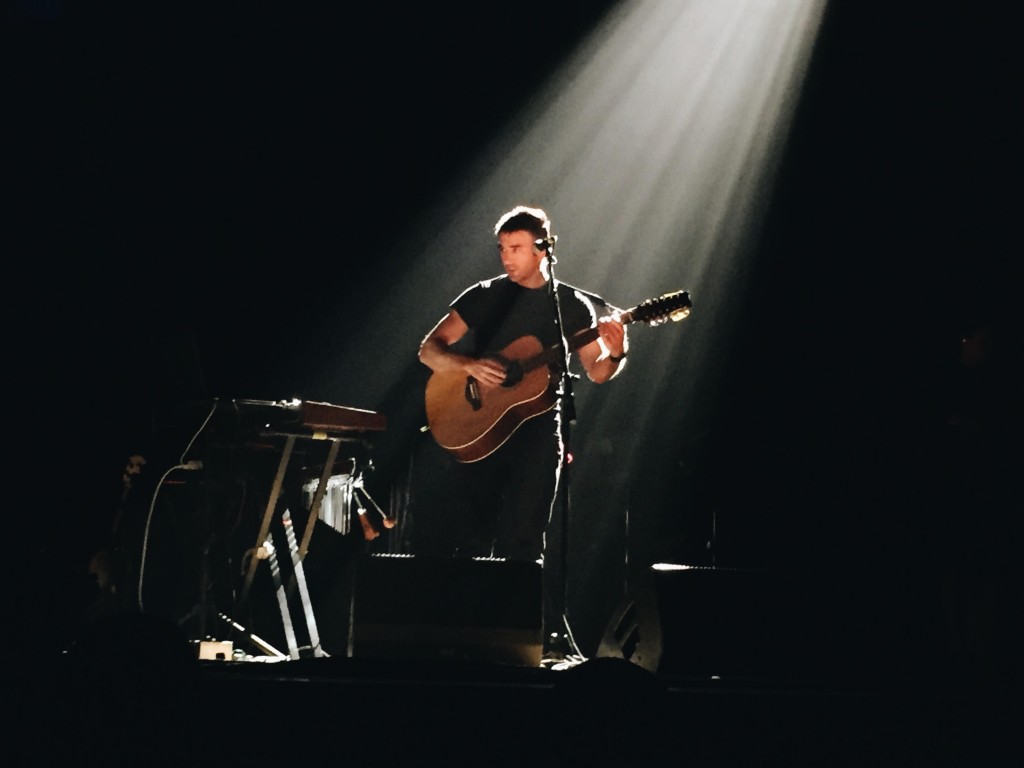 Stevens closed his set with an expansive take of “Blue Bucket of Gold”. You could tell me the performance of this song lasted five minutes or thirty minutes and I’d believe you. It was a subtly powerful performance that pushed and pulled you. After an enchanting Illinoise-heavy encore that featured a hushed acoustic take on “Chicago”, Stevens finished the night with a cover of “Hotline Bling”, which, depending on how often you read Pitchfork, came out of left field. It was a fun, karaoke-esque version with the opposite amount of seriousness as the rest of his performance and allowed us to catch some new angles of his personality.

From the depths of grief to the top 40 euphoria, live, wherever Sufjan goes, he takes you with him.