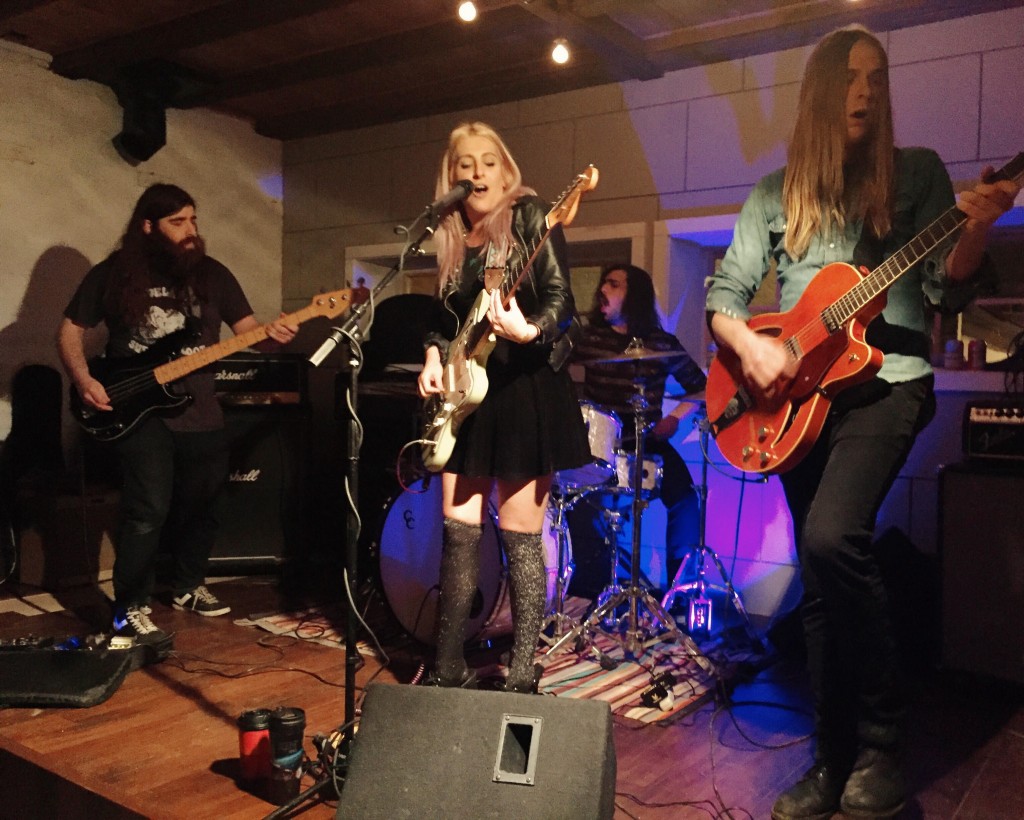 High Waisted’s show started even before their set had. While making the final tweaks of their sound check and waiting for their lead guitarist to join the rest of the quartet on stage this past Tuesday night at DC house venue, Dead Kennedy Center, front woman Jessica Louise Dye began riffing on The Champs’ 1958 classic “Tequila”. With her voice standing in for the famous saxophone line, Jessica improvised various exclamations to replace “Tequila!” that ranged from absurd non sequiturs to comments about her present circumstances. I was struck during all of this by Dye’s charisma, which is at level I’m not sure I’ve seen from a band in their pre-debut LP, playing-house-shows stage.

I shouldn’t have been too surprised at High Waisted’s showmanship as they were characterized as “honestly some of the most fun people you’ll ever meet” in the email that first put the Brooklyn band on my radar. Throughout their performance High Waisted lived up to these words. Though rooted in scuzzy surf rock the band frequently veered into other genres. There’d be a guitar line reminiscent of a Spaghetti-Western soundtrack braided into one song and then Dye would rip off a vocal melody with the trappings of 90s grunge in the next.

The night was highlighted by High Waisted’s performance of their new single, “Party In The Back”, whose starts and stops only gain momentum as the song goes on, as well we their closing “Misirlou” cover, which matched all the propulsion of the original.

With an ability to already command a stage, and a debut record, On Ludlow, due out March 6, High Waisted are poised to be one of indie music next-big-things in 2016.