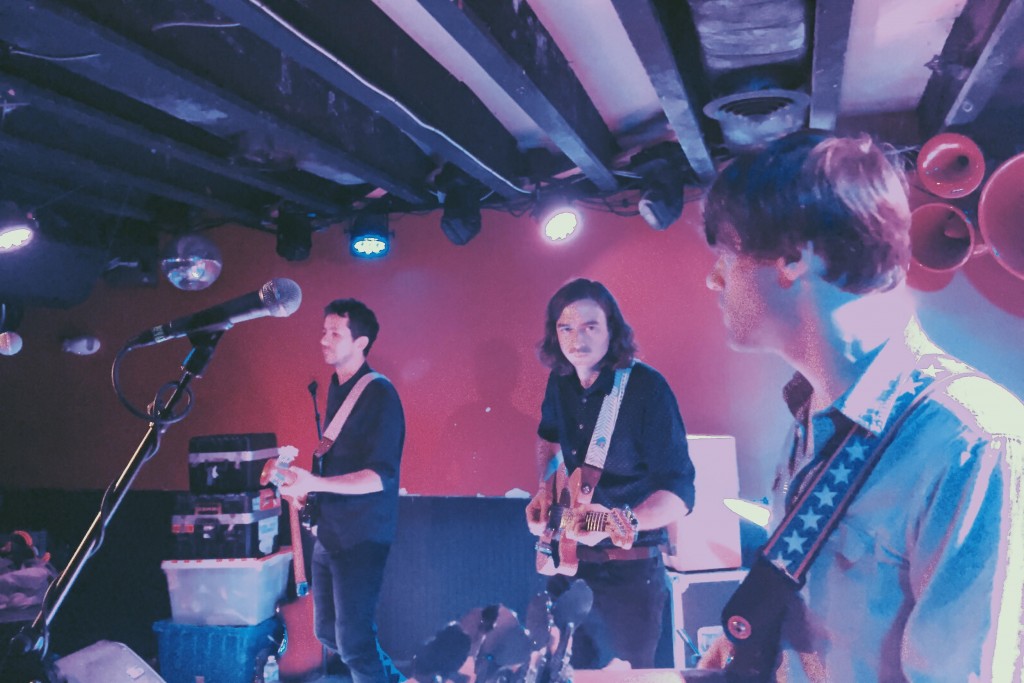 We’re lucky ears don’t have to blink or else we might miss the charms of Martin Courtney’s music. Last fall Courtney, who’s taken the jangle pop championship belt from James Mercer, released his solo debut, Many Moons; ten slim fit cuts of subtly compelling indie rock. He’s taken these ten tracks on tour and DC’s DC9 was luckily one of his stops.

Courtney’s new road trip classic, and my favorite Many Moons’ song, “Northern Highway” started things off right. It’s chiming early 60s-pop intro/outro were worth showing up for on their own. He followed up with another driving song, the windows down breeze of Little Blue”, and then the chilled psychedelia of “Focus”. The emotional core of Many Moons was turned to next on the tender “Awake” and the existential musings of “Airport Bar”. The rest of his set was highlighted by the instrumental title-track, “Many Moons”, a song I’m always waiting for Stuart Murdoch’s vocals to jump in on, and the laid back groove of “Vestiges”. Both of these songs showcased the chemistry Courtney has with his Many Moons’ collaborator, produce and live bassist, Jarvis Taveniere.

After playing his whole album through, Courtney treated us to a couple covers. First, was an astonishingly gorgeous take on Neil Young’s “Harvest Moon” that was followed by a performance of Pavement’s “Major Leagues” that felt like a natural fit.

Whether with Real Estate or under his own moniker, Martin Courtney creates music that doesn’t rub it’s greatness in your face.