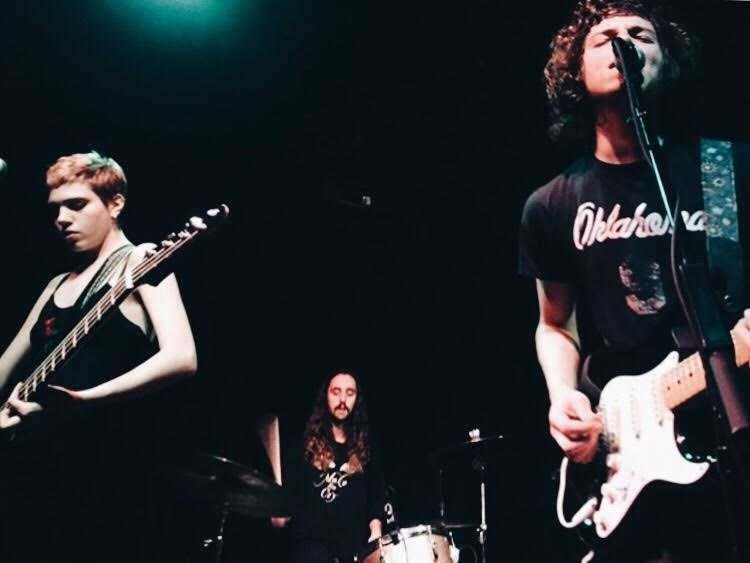 When I met up with a friend, and fellow music journalist, for a DIIV show at Webster Hall in New York last November, before even saying hi, he was admonishing me for missing a great set by the opener’s. They were some young band from the city called Sunflower Bean. Thursday, May 10 I was able to make up for it by catching Sunflower Bean at DC’s The Black Cat.

It had been a little over a month since the group’s gem of a debut, Human Ceremony, was released and the set was appropriately dominated by that album. The languid psychedelia of the band’s standout single, “Easier Said”, hit the spot live. The vocal trading by Julia Cumming and Nick Killen, careening fuzz and percussive pop on “I Was Home” provided another set highlight. The band’s hardworking reputation was demonstrated by a tight set powered by confidence and chemistry; equally at home rocking out or keeping things light. Live, Sunflower Bean was able to maintain the groove that drove so much of their debut record.

Playing the venue’s intimate backstage space, Sunflower Bean’s performance belied their age. I’m sure the band tires of their youth surfacing so often in press, especially with such a solid cache of songs that should be the focus, but I still remain impressed at how musicians of their age steer away from over-treaded melodies while also harvesting fresh sounds from retro fields. I’m guessing Sunflower Bean will be around long enough to make the youth storylines old news.