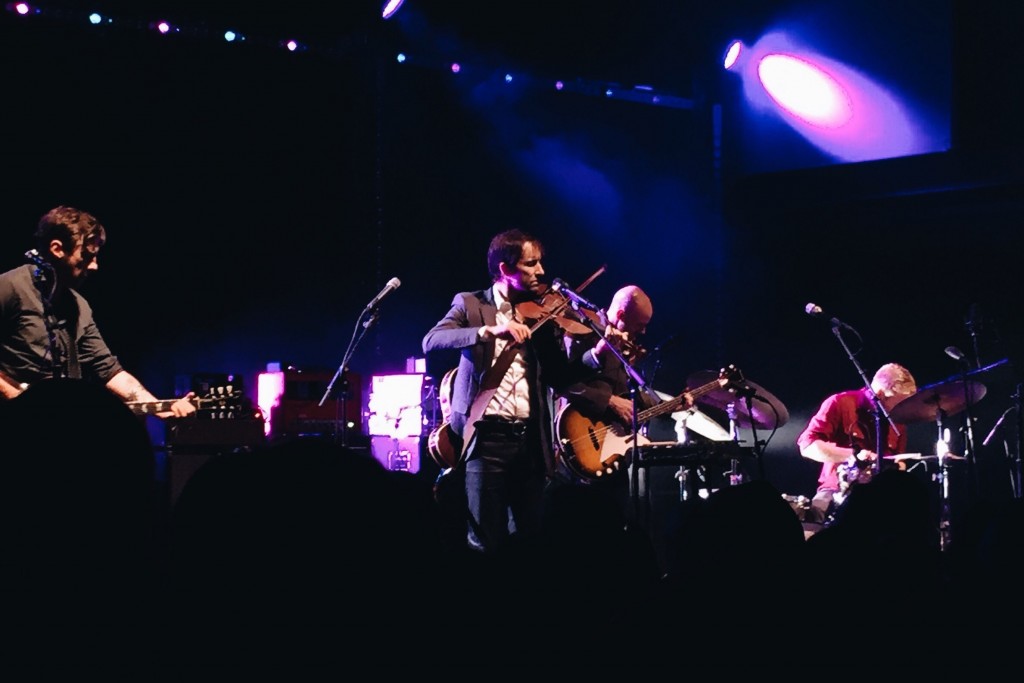 It had been less than a week since Andrew Bird cut the ribbon on his new album, Are You Serious, when he strode across the 9:30 Club stage last night, Tuesday, April 5th. Delicately depositing his scarf on a mound of speakers, he began fiddling with some tuning purls, which soon hatched into a cover of Alice Coltrane’s “Journey in Satchidananda”. The heady confection of Coltrane’s jazz soon bowed out to the stadium-sized riffs of new album opener “Capsized” before Bird gave us a taste of his live looping wizardry with the yearning lilt of “Tenuousness”.

The audience was already floored by Bird’s virtuosity by the time he picked up a guitar for the slow-burn strum of his four song, “Lusitania”, and then plucked out the wine bar vibes on his new LP’s title track. Though often generalized as a folk troubadour, Bird used the middle of his set to showcase the diversity of genre’s he can pull off. There was the soundtrack pop of “Left Handed Kisses” (featuring some hilarious staging from Mr. Bird to let us know which parts were sung by Fiona Apple on record), the wide-horizon dance of “Roma Fade”, and the festival rock of “Valleys of the Young”.

One of the night’s most magical moments came with “Three White Horses” off 2012’s Hands of Glory. The audience was doused in a swirl of Disco ball light flurries as Bird used his violin and whistling to perfectly complete the otherworldly mood. Other highlights from the close of Bird’s proper set were the winsome chamber pop of his old standard “Pulaski at Night” and new album highlight “Bellevue”, which features one of his best lead guitar lines to date.

The encore featured a paired down dynamic that offered a preview of the stripped down set Bird did for NPR’s Tiny Desk Concert earlier that day. “Chemical Switches” sounded even better than the studio version thanks to an especially expressive vocal take from Bird whose singing impressed throughout the night. The band powered through sound issues on “Give It Away” before going back to the full band treatment for a punctuating performance of “Armchair”.

With eleven albums, a key role in a Muppets movie, soundtracking gigs, and a slew of big-name collaborations, Andrew Bird has built himself quite the career. Judging by his performance at 9:30 Club, which leaned heavily on his new release whose musical merit soothed over the absence of old favorites like “Oh No”, Bird seems poised to be one of contemporary music’s best aging artists.