Mitski at Rock and Roll Hotel 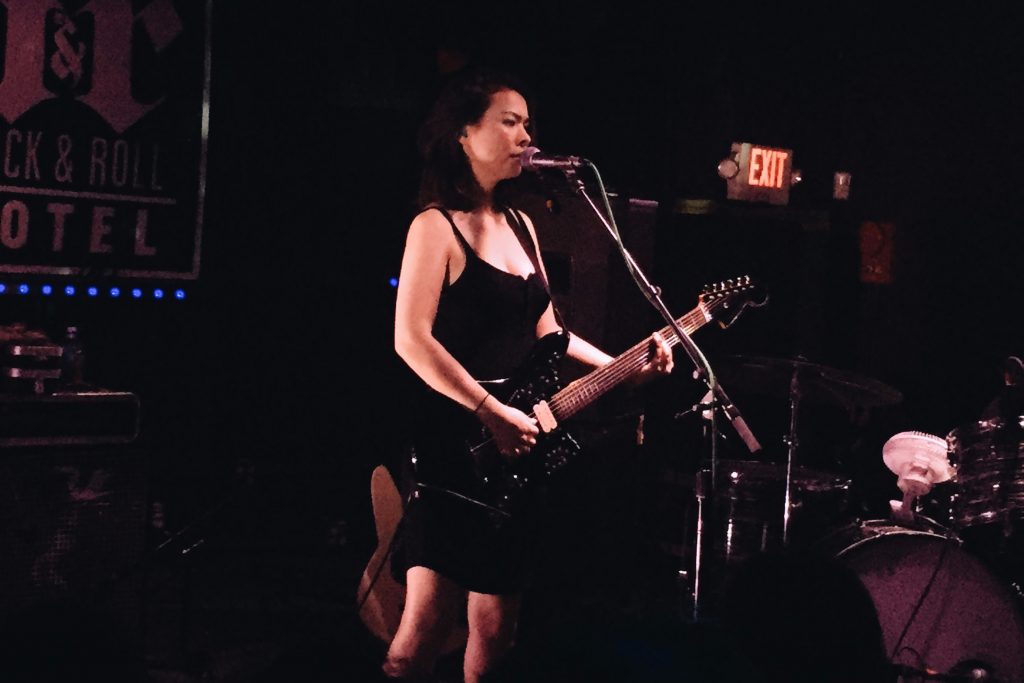 Despite being championed by many whose musical taste I respect, I had slept on Mitski for years. It took all of half a verse of “Your Best American Girl” for me to be wide awake on her merits. Her newest effort, the powerful Puberty 2, had been out a week and a day when Mitski barreled into H St’s Rock and Roll Hotel to give DC one of our finest live musical performances of the year.

She began with the high school reunion anthem, “Townie” where she really sunk her teeth into the brilliant “I want a love that falls as fast as a body from the balcony”. Bury Me At Makeout Creek’s sequencing was kept up as she followed with the dark lather of “First Love/Late Spring” before she harkened back to 2013’s “Retired from Sad, New Career in Business” with the downtrodden doo-wop of “I Want You”.

Though much of the digital ornamentation on “Thursday Girl” was missing, it still held strong live thanks to Mitski’s subtly intricate melodic lines. Mitski again showed us a strong songwriting skeleton lurking underneath digital flourishes with a surprising cover of Calvin Harris’s “How Deep is Your Love?”. The melting melodies of “Once More to See You” followed with its lyrical heart, “Then I would have to scream your name atop of every roof in the city of my heart”, ringing out.

Unsurprisingly, “Your Best American Girl” stole the ladder portion of the set as well as the whole show with a hearty crowd singalong that seemed to even take Mitski a bit back. The slow motion jaw punch of “Drunk Walk Home” was also staggering in person.

Mistki ended her regular set sans her bandmates. First, she plucked her way through new album closer, the resolved “A Burning Hill”, and then her previous LP’s farewell, the darkly wistful “Last Words of a Shooting Star”. Seemingly semi-reluctantly, Mitski returned to the stage for an encore performance of a new song we all can’t wait to repeatedly spin a recorded version of.

Make sure to set your alarm so you don’t miss Mitski.