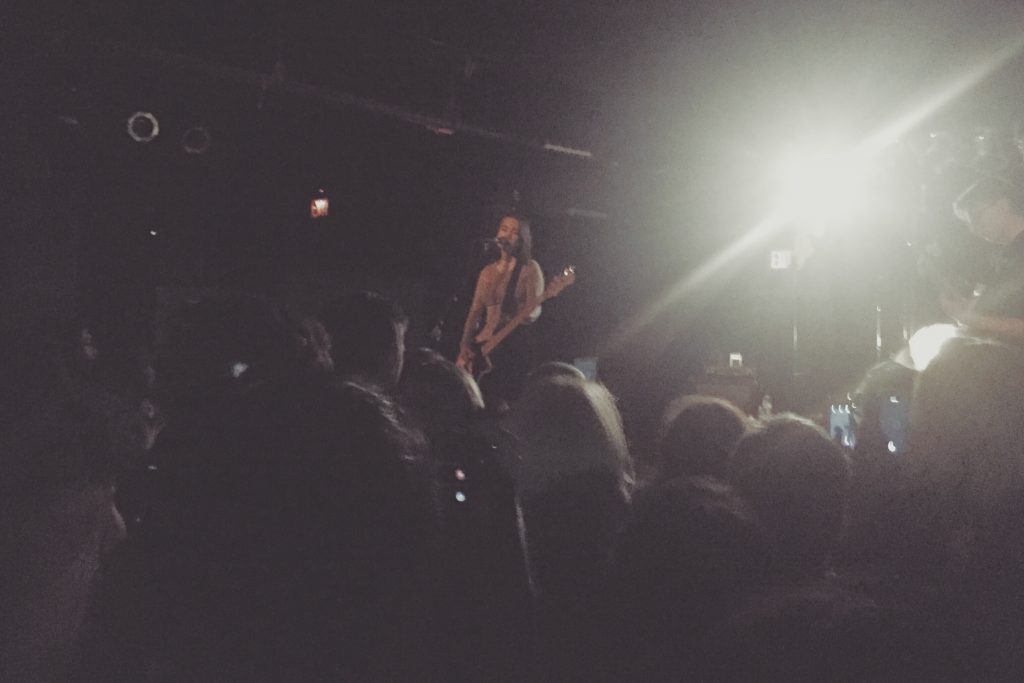 Mitski capped off her acclaimed 2016 with a victory lap tour that dropped into DC’s Black Cat on Friday, November 18th. Playing an intense, svelte set, Mitski showed why she’s become one of music’s most compelling young voices.

She began with “Dan the Dancer” whose compact chug grows more propulsive with each chord before slowing the bpm on the mumblecore musical “Once More to See You”. After opening with a duo from her latest LP, Puberty 2, Mitski shifted into a trio of cuts from 2014’s Bury Me at Makeout Creek. This was highlighted by the first of many of the night’s audience singalongs on “First Love/Late Spring”. Mitski turned back to Puberty 2 before unleashing some of her most unique and heartbreaking melodies on “I Bet on Losing Dogs”. The setlist turned more optimistic on “Townie” whose rhythm finds space to fully roam live. The energy of which was only matched by song of the year candidate, “Your Best American Girl” although the vulnerable aggressiveness of “Drunk Walk Home” hit almost as hard. A bow was tied on the show with Mitski performing alone on only an acoustic guitar. Her heartbreaking rendition of “A Burning Hill” floored the already captivated audience.

After wrapping up a 2016 for the books, Mitski is poised for another stellar year with a gig at Coachella already lined up. I’m guessing she’ll leave a field of fewstival-goers feeling just as uniquely touched as those leaving her shows at intimate rooms like the Black Cat.