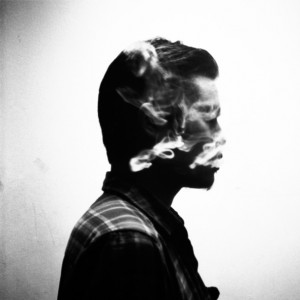 OK.  So think Charlie Feathers, Motown, Jerry Lee Lewis, rockabilly, noise rock and The Cramps on heroin playing inside a well on a battery-powered radio. These are the images I picture when I hear Badlands, the newest album from Dirty Beaches. There is a throaty self-consciousness to Alex Zhang Hungtai’s voice. His words are almost intentionally indecipherable (or so it seems).

One difference between Badlands and most rockabilly albums, though, is the lack of a blues chord progression. Most of the songs on the album are one chord being played over and over. I think “minimalist” would be an appropriate term to describe the general style of the album. There is so much echo effect present, however, that that the noisiness of the album blends together into one chaotic, shrieking confusion: so the album is anything but simplistic.

One of the few lines that stick out on the album is from the song “Lord Knows Best”: “You know well that I don’t give a damn about anything but you.”  This is one song that gives the album a bad-ass Motown feeling. It has a repeating melodic piano tag that almost sounds like a hip-hop beat. Even if this album isn’t for you (and it isn’t for me), it’s impossible to deny that it is unique.

There is a creepiness to this album. It is low energy. It’s almost as if Hungtai is singing in his sleep. It’s as if he is dreaming (or nightmare-ing) the album. Most songs on Badlands could fit into a sleepy, disturbing indie film. The album feels like it were made for film. The final two songs of the album, “Black Nylon” and “Hotel” are completely instrumental. “Hotel” is straight out of a Hitchcock film. It has the sound of a slow gong and violin being played at an underwater funeral.

chapmanshaunm Has Written 9 Articles For Us!

Shaun is a writer, musician and barista. He lives in Denver, CO.