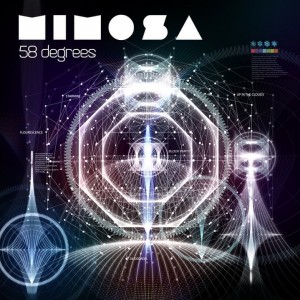 Tigran Mimosa, I’ve heard the name before months ago, even heard a few songs, but not of them really caught my attention so much, until I just heard his 58 Degrees EP. Its absolutely phenomenal! The whole album is full of catchy synth riffs and awesome basslines that definitely get you moving.

I wouldn’t consider him straight dubstep music, cause well its not, it has influences of it, but it also has some poppy glitchyness to it, he just mends them all so well together. He has put in a lot of work to get to where he’s at and he deserves it. During 2010 he made his mark by selling out multiple shows around the US. Keep your eye on this guy, he will be only be bringing more impressive songs!

I recommend picking up his 58 Degrees album off bandcamp.com where you can pick your price, but all proceeds goto helping Japan. Your helping a good cause and getting some awesome tunes!!!