Tyler the Creator VS. Tegan And Sara and homophobia 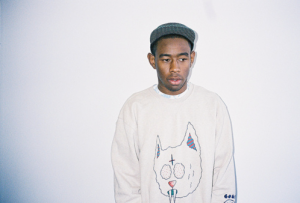 Critics and music fans across the globe may be blasting Tyler, the Creator’s Goblin from stereo speakers and writing blogs about the magnificence of the album and the artist; however, others are less than impressed and, well, offended to say the least. Friday afternoon, Sara Keirsten Quin, one half of the openly gay Canadian indie folk duo Tegan and Sara, posted a blog on the band’s website expressing her outrage towards Tyler’s homophobic and misogynistic lyrics. Quin stated, “While an artist who can barely get a sentence fragment out without using homophobic slurs is celebrated on the cover of every magazine, blog and newspaper, I’m disheartened that any self-respecting human being could stand in support with a message so vile.”

Quin moves on to address how no one seems to be speaking out against such offensive lyrics stating, “The inevitable claim that detractors are being racist, or the brush-off that not “getting it” would indicate that you’re “old” (or a faggot)? Because, the more I think about it, the more I think people don’t actually want to go up against this particular bully because he’s popular. Who sticks up for women and gay people now? It seems entirely uncool to do so in the indie rock world, and I’ll argue that point with ANYONE.”

Quin then rounded it all out by stating, “in this case I don’t think race or class actually has anything to do with his hateful message but has EVERYTHING to do with why everyone refuses to admonish him for that message.”

Whether or not you agree with Quin, she certainly makes a number of bold statements, which left many people wondering what Tyler’s response to this would be. That wait is over. Tyler responded via twitter saying, “If Tegan And Sara Need Some Hard Dick, Hit Me Up!”

tferrell Has Written 39 Articles For Us!