The Black Keys “Brothers” album: From the first dirty blues riff of “Everlasting Light” to the last heartfelt ballad “These Days,” the Black Keys keeps your head bopping all the way through. The album flow takes me from medium-tempo rock and roll blues for the first five tracks to an amazing instrumental at track 6 entitled “Black Mud.” The Black Keys artistically crafted this album, writing love songs but kept it rock and roll without repeating ideas that every other band does. They [the Black Keys] are separated from other rock groups not just because they have no bass player, but because they are the epitomy of modern blues rock and roll. They are THE band on the rise, and “Brothers” is a bangin’ album. 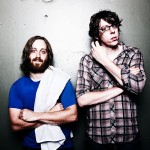