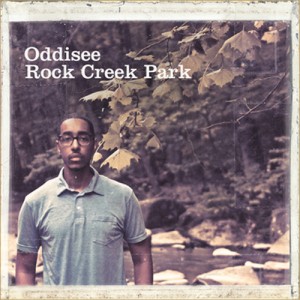 One third of the DC native Diamond District and one of the most underrated producer/rappers out now, Oddisee, is gearing to release a digital album, Rock Creek Park, on September 6th. If you’ve never heard of him Oddisee is a producer with a varied production style. Ranging from the soulful sounds of a Blueprint era Kanye West, the subtle/interesting sample usage of J Dilla, and the almost mechanical sound that Black Milk produces you won’t hear the same beat twice. Also showing inspirations from other genres such as blues, funk, and jazz, Oddisee truly stands out for having a natural, individual sound. And then there’s him as an MC, which is easily on par with his production. Mixing his lyrical ability with his distinct accent, and introspective subject matter makes him one of the best rappers to come out of DC. Today though he has let go a track to get you interested in his album dropping next month via bandcamp.