Elon University started a new tradition this year for Homecoming by having a concert to celebrate the weekend and all of the alumni coming back to where they bELONg.

Sam Adams, a 22 year old rapper who calls himself “Boston’s Boy” jet setted down to Burlington to get the Homecoming weekend started. Nearly 3,000 students and alumni came to listen to Adams sing his most popular song, an Asher Roth spin off, “I Hate College”. Before arriving to Elon, Sam Adams was clearly mentally preparing himself for the arrival on a college campus by taking to Twitter and asking “I hear Elon girls are hott…truth?” Definitely true.
A college boy himself and a soccer stud, had all of Elon jamming along. It was a great way to start of the weekend. Adams performed several songs off of his new CD, “Boston’s Boy” including “Coast to Coast”, “Driving me Crazy” and “Swag”. 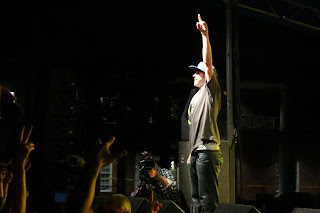 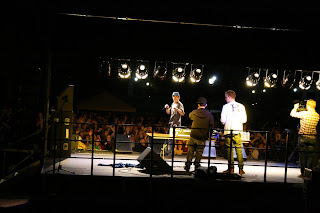 shuttlesworth Has Written 9 Articles For Us!