Catholic Radio Here to Save Your Ears

Catholic Radio is a San Francisco band with no affiliation with Rome, the Holy See or Papal Decrees. They are however ready to convert the tired ears of those who have lost faith in the mundane ways of contemporary radio.

Catholic Radios eponymous and independently released debut CD is remarkable.  They are ready to convert the tired ears of those currently weary of contemporary radio. Released independently, the production on this disc is exceptional and jumps from the speakers. The songs are driven and hypnotic, with both a strong college radio sensibility while also capturing a big sound. 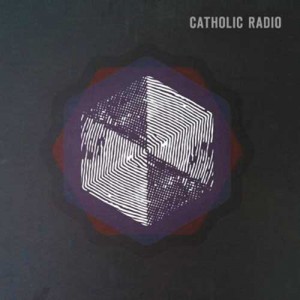 Stand out tracks include Still Eyed Dream, Powder Run and Eternally Blue. These songs burn like the coal on your last cigarette; when you’ve got too many miles yet to drive through the cool, black night, and rest isn’t an option. The CD is also peppered with instrumentals, 3 in all, El Buen Sabor, How Do I look?, and Markov, these songs show off the bands impressive chops, while revealing a sly wit and playfulness they aren’t quite ready to put into words.

Catholic Radio sound familiar and new at the same time. Singer/guitarist Parker Moore was good enough to take some time to discuss what’s next for the band.

M. Alberto Rivera: The band’s debut CD has been really well recieved. Are you surprised the overwhelmingly positive response?

ParkerMoore:It’s been cool and interesting — what songs different camps of listeners gravitate to, definitely been a few surprises.

MAR: What about the new material excites you the most and why?

PM: The new, new material, not recorded yet, is what I’m most excited about.  We’re shaping the nuance and big atmospherics in a new/different way.  The songwriting is crisp.  Connor is adding a 2nd guitar voice to some of the new tunes.  Overall, a new profile for the sound.

MAR: What plans do you have for the near future?

PM: Just trying to get out and play as much as 4 working dudes can do.  But also are quickly building out a 2nd album’s worth of material, so we’ll be heading into the studio maybe by end of the year or early next year.

MAR: What was your inspiration when you started this most recent project?

PM: Sort of cliche but true – much of the tunes on the album have to do with some big changes I was going through at the time.  Typical relationship, sex & drugs, rock & roll problems BS.   In terms of sonics, that inspiration was instant and (luckily) ongoing.  My brothers, Rob and I all have pretty different musical tastes, but somehow they blend out well when we improv, and ego-wise we haven’t felt like killing each other (yet).

MAR: Describe the line-up at the ideal gig?

PM: The ideal gig, hmm, I guess this is like fantasy football or something?  There’s something about the possibilities that’s making my head really hurt.  So, I’ll pull a time machine into the scene and have Catholic Radio opening up for Nirvana who were opening for Dinosaur Jr at the Hollywood Palladium in June of 1991.  We’d be replacing Hole, who were really awful at an otherwise epic show…

MAR: Who or what do you enjoy listening to at the end of a long day?

PM: I listen to a lot of straight-ahead jazz — while working as well as at the end of a long day.  Frank Foster, Herbie Nichols, Coleman Hawkins, Horace Silver all feel like good official end of day chill music to me.

MAR: What’s something you enjoy that makes people around you give you the stinkeye?

I chew gum constantly, and it’s always Trident Original aka “blue”.  Some people think it’s not kosher to chew your cud in “formal” or “adult” situations, but that seems like bullshit to me.  I like gum dammit.  FU.

MAR: If you could have a superpower what would it be?

PM: If it was only one, definitely flying.  There’s an odd recurring dream I have where I can glide for a couple hundred yards if I get a good takeoff run.  It I could get 2 powers, lasers would be involved somehow.  Analyze.