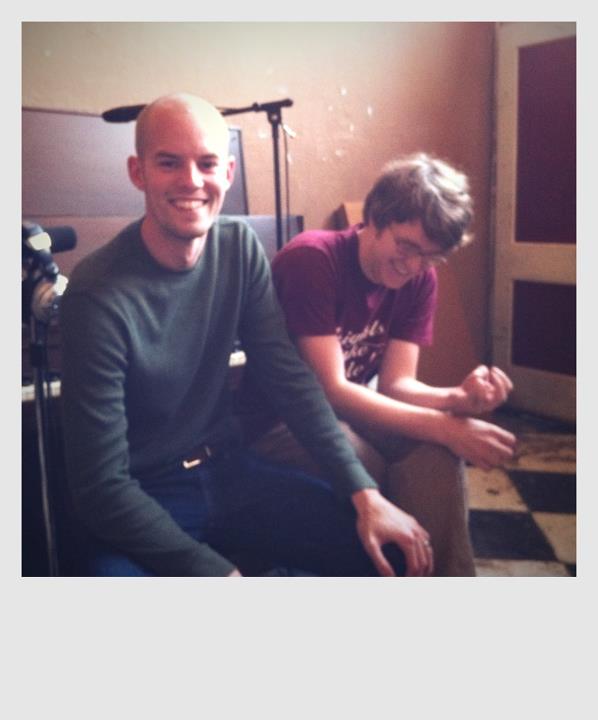 To see the band name, The Coasts, you would swear they’re already in your iTunes library. A 50s doo-wop group, right? That indie band from Brooklyn that was so last year? A one hit wonder 70s sunshine pop outfit maybe?

To hear The Coasts for the first time, a subtle déjà vu might dawn. Their brand of rock sounds recognizable even if you’ve never actually heard The Coasts’ music. From their Carl Perkins by way of 2011 rockabilly to their Kinks-y 60s ramshackle Britpop, The Coasts take their hints from some of the most timeless sounds in early rock music. With their Wilco-guided sensibility of when to turn up the distortion and Weezer-like flux of early rock’n’roll into a modern songwriting palette, the band also take cues from classic contemporary bands. They capture the essence of these enduring sonics while still being able to distill it into their own strain; toeing that difficult line of familiarity and originality expertly.

To see the formula on paper: two best friends graduate from college, move hundreds of miles away, get married, get full-time jobs; one wouldn’t guess the end result would be a rock record. Yet that’s the exact path Ike Peters and Eric Mount followed in the making of their self-titled debut LP and the creation of their band, The Coasts. In fact, to hear them tell it, their band and their album happened because of, not in spite of these unique circumstances. Luckily, you can hear them tell it as the duo was nice enough to give an interview.

You just played your first shows. How did it feel finally getting to play these songs live?

IKE: It felt pretty good, but it was intimidating as well. I’m quickly realizing that playing live is a completely different animal all together. Some songs that sound great through your headphones don’t always translate well to live, so it took a lot of tweaking.

Was it a bit of a bummer not having Eric there for the first performances?

IKE: It was a huge bummer not having Eric since he had such a huge role in the creation of the songs, and obviously, since he’s the other half of the band. However, he gave his blessing and he’s been really understanding about the whole thing. He trusts the guys I have playing with me and I do, too. They love the songs and they’re working hard to get them sounding right.

What songs got the best response from the audience?

IKE: Well, Poltergeist pretty much jolts everyone awake. It’s a song that’s meant to be played loud, so we don’t let up on that one. It kind of demands your attention.

Are you planning on touring at all or are you guys thinking of playing mostly local shows for a while?

IKE: Touring? Probably not. We all have jobs and families and though we’ve accomplished a lot with our record, it’s not enough to give everything up and focus solely on music. I mean, playing and recording music is still our passion and we’re not stopping, but it’s just not a full-time thing yet. That’s the dream, though.

What was the most surprising thing to you about the process of actually making a record?

ERIC: I listened to Wilco’s Being There while I was driving back to Ohio after recording in Arkansas. I had listened to that record dozens of times, but after having this recording experience, I heard it very differently. I was picking up on a lot of little things in the background that I had never noticed before. That’s happened ever since with a lot of albums that I thought I had memorized. That was something I did not expect, but I am very grateful for it.

IKE: Probably how quickly playing drums came back to Eric. He hadn’t touched a set for two years, so I was worried he’d be a little rusty and the process would take a while. But, as soon as he sat down, he was just rolling. I had forgotten how great of a musician he was since we never really played together beforehand.

Being several states apart, you guys were forced to send tracks back and forth while making this album, how do you think that affected the finished product?

IKE: Yeah, I think about what the album might have sounded if Eric could’ve been there throughout the entire process, and I think it would’ve been better. However, Eric was really responsive to the whole emailing/talking on the phone thing. Just because he was away, he still put in a lot of thought and time into the songs.

ERIC: I think the fact that we recorded some stuff from our first practice session, it came through sounding very raw. Everybody hates when things sound over-produced– that certainly was not a problem for us.

You two did get together one weekend for a marathon recording session, how did that go? Was there a lot of pressure during that sitting since you were on such limited time?

IKE: I was really nervous about Eric’s drumming, like I said before, but after the first run-through, I was really confident that we’d be able to get stuff done. Plus, I was excited to finally collaborate on the songs. Before, all it had been was talk, but now we could put the words into action. We were doing this on our own, so it wasn’t like we had an audience or some contractual obligation to record an album. No one was watching us, so the only pressure was the amount we put on ourselves, which wasn’t much.

ERIC: Yes, there was some pressure but, really, we didn’t know anything different. This was our first recording experience so I don’t think that affected us too much. We just hoped to get the drums down that weekend and Ike and Isaac could handle the rest.

What is personally your favorite song on the album for each of you and why?

ERIC: That’s tough. Each one has its special place, but my favorite is probably ‘Tonight’. That was our last recording of the session and Ike and his guitar, Isaac, Alexis’s (Ike’s wife) clapping hands, and me, we all around a mic just having a good time. I don’t think best memory was the question, but I smile whenever I hear that song.

IKE: My favorite is Stranger/Danger because it started out, in my mind, as something, but then when Eric came into the room and we started playing, it grew to be this much bigger song. It’s a lot of fun to play.

Most people chase their musical dreams when they’re the least tied down, but you guys put together this album after getting married and having full-time jobs. Why do you feel like you made an album and got together as a band after moving away from one another and having so many huge commitments?

IKE: Me and Eric have been friends for a long time, and it kind of started with a shared love of music, so once all the clutter of college was away and we were finally making money, I guess it finally clicked in our heads to make something together. Plus, our wives were really supportive, so it made it easy to get away and work on it.

ERIC: Money. Haha no, I’ve actually thought about this before– I’m glad we waited a little while to make this happen. Had we given it a shot while we were in college, I’m not sure that we would’ve had the same sound. A lot of the songs have to do with our lives and our experiences since we’ve grown up a little bit. Five years from now, I may say otherwise, but for now, this was the perfect time.

I remember hearing a demo that Ike did of “Lullabye” awhile ago. How far back do some of these Coasts songs date?

IKE: The horn solo part at the end of I Only Want You, I’ve had that melody in my head since Junior year of college. But, the ages of the songs vary. Some were written a couple weeks before recording, and some were ones I had worked on for a long time even before The Coasts were an idea.

There’s been a recent trend of harkening back to 50s and early 60s pop in Indie music, but for the most part it’s mostly used girl groups as a touchstone. You guys capture some of the same vibes of the era though more on the rockabilly, bluesy side; what appeals to you about the music and sounds of that time period?

IKE: Other than maybe I Only Want You, we never sought out to make any kind of throwback sound when writing and recording these songs. It could be we were just looking for the most convenient way to make all the songs fit together, or maybe that was the only thing we knew how to do when it came to mixing: “Oooh, make it sound old!” Haha, but it sounded really cool without sacrificing what we thought was the spirit of the songs, so we ran with it. But I think the music of the 50s and 60s is universally great because they created the blue-print for American pop music. That’s when rock n’ roll was born, and it was great because it had this universal…thing. And I think that “thing” is what we were trying to accomplish.

Your song “RIOT!!” was recently featured on the CW’s 90210. How did that come about and how did it feel having your music on TV?

IKE: We got an email from someone who works with the music consultant for the show, saying they had it in a cut of an episode and wanted to know who to contact for rights and all that stuff. So, we connected her with our manager, Pierce Martin, and they got it all set up. It was pretty crazy to actually see it. Especially since we now have a connection to both Michael from The Wire and Brandy.

Now that you’ve heard Ike and Eric speak, it’s time to go give their music a listen. Ike will be the one whose vocals are wavering back and forth between sing-shout choruses and Orbison-esque warbling, while Eric will be the guy oscillating between four on the floors heart racers and 6/8 ballad sashays on the drums. Their aforementioned self-titled debut is available for a nice, round $5 and is available at their Bandcamp as well as on iTunes. Part of the proceeds will go to Hope For Haiti’s Children.