BIRTHDAY CAKE REMIX!!! We’ve been waiting for this one.. 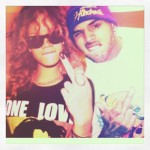 The Chris Brown and Rihanna relationship witnessed a downfall three years ago. The couple were on there way to the Grammy’s when a domestic dispute broke out between the couple leaving fans extremely disappointed. Now they are back, and stronger then ever! The Dream helped collaborate a hit single (Birthday Cake Remix) between Rihanna and Chris Brown.

In an interview, The Dream “feels that if she can forgive Brown, those around her should support her as well. I just felt like if she’s to that point, I don’t consider her insane, she’s a very smart girl. The fact that I respect her and that she’s smart, to me, means that I should respect whatever her decisions are. One of her decisions was, ‘I think I want to put Chris Brown on the record.’ Cool! Let’s go. It wasn’t about the people’s reaction. It’s me, it’s her, there’s a song, let’s do the song. ‘You wanna do it?’ Aight. Of course somebody’s gonna say this of course the pictures are gonna come back. She thought of those things probably eight billion more times than I did.”

The song was released to the public on Feb. 20, Rihanna’s 24th birthday, not long after the actual track was recorded. Although they had their differences, the couple is meant to be. It could be dangerous, but then what’s life worth living without a little excitement.

You can see the video here:  Birthday Cake Remix

Motan Has Written 10 Articles For Us!

A young professional Creative Writer on a journey to discover the world.

Did you know Motan has a website? Go see what you're missing…
Blame it on: Mohammed Tantoush on February 22, 2012.