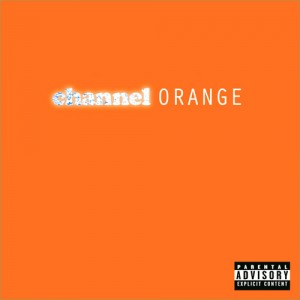 I have to be a candid and say that I’m not a big fan of the R&B genre. It has become stale and riddled with artists who aren’t necessarily original or innovative – focusing too much on sex appeal, catchy hooks, auto-tuned vocals, or a popular rap artist to help drive their songs. Rarely am I actually excited to hear the vision a singer produces. With that said, let me state that since his inception a year ago, the OFWGKTA member and New Orleans native Frank Ocean, completely destroyed what may have been my critical examination of a popular music genre.

Channel ORANGE, the title of Frank Ocean’s debut album, is a chronicle of drug abuse, poverty, prostitution, bleakness and destroyed love, that’s drawn upon to an almost sickening degree. Continuing where nostalgia, ULTRA – Ocean’s debut mixtape – left off, it follows the formula of slowly going deeper and deeper into a destructive relationship between Ocean and the project he’s creating. Where nostalgia, ULTRA dealt with the conflicts of love within not only another but oneself, CO grabs the listener on a much more specific scale.  Asking, What is love?  How is it expressed? And when–if at all–does it become destructive? Ocean’s subtle yet cruel use of objectivity of this love is unimaginably real. This world he creates, however small, gives you a sense of growing despair, and the deeper you melt into it, the more his characters gradually let you into their world.

The first single, Thinking Bout You, portrays someone yearning for a lost love that has made an unforgettable imprint in his mind. The character in the song is preoccupied with the idea of being remembered, as well, and I found this to be a very relatable aspect of the song.  Transition to the point-of-view of a reluctant young parent in Sierra Leone, and Ocean presents an unbridled love for his newborn daughter and the future she holds. Sweet Life and the Earl Sweatshirt assisted Super Rich Kids transport you to a California suburb where fear of a life without the comforts of their carefree existence has them looking for an elusive “real love”. These stories, although very different, hold the aspect of a love still being sought out and defined. 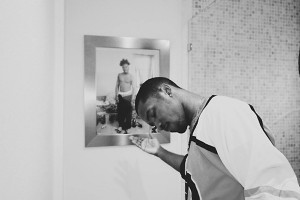 Frank Ocean recently made headlines when he stated that he had an intimate relationship with another man when he was 19. Many labeled him bi-sexual, some stated he was gay, but he did neither. I found it interesting that he didn’t label his love for the other man as anything but love for another human being. To view love as purely an emotion—void of sex, race, or religion—is at the very core of this album. Ocean looks at what love is, and how it affects life not necessarily because of who or even what is loved, but how that emotion is presented to the world. That’s what is truly malicious about the world Frank Ocean creates; most of the characters are suffering.  Throughout the album, the theme of suffering is most clear when a character feels that his love is not being reciprocated, is being taken advantage of, or even that love is nonexistent for himself. Ultimately, Ocean introduces the listener to a host of dysfunctional characters, all begging to be loved.

A perfect example would be Ocean’s single Pyramids. The nearly ten minute song is first spent jamming to what could be thought of as an upbeat, funky, club-like beat. But after listening carefully, Ocean describes a man lusting for a prostitute whom he foolishly believed was only his. The second half goes deeper, detailing an actual ‘transaction’ between an unemployed man and a prostitute named Cleopatra. His love for her pulsates through his mind as they make what he feels is love, acting as though he is the only man she sees.  For him, this transaction serves as the unwavering companionship he truly covets. This is broken when he is then prompted to pay her for her services and all that remains is this man dealing with his new reality.

The album is crawling with the concept of love and its futility only with the people not involved. When listening, many of Ocean’s stories sound unreal because of the position he puts the audience in; slowly divulging new aspects of the character and the motivations of their existence. Sure, it’s interesting to hear Ocean reference aspects of love for another man on songs such as Bad Religion, or Forest Gump, but to only be engaged in the album for such trivial things as that would be missing the point. Channel Orange is about the ability humans have to love. Whether in beauty or desperation, love is still a presence human beings cannot do without, because without it, existence would become meaningless.